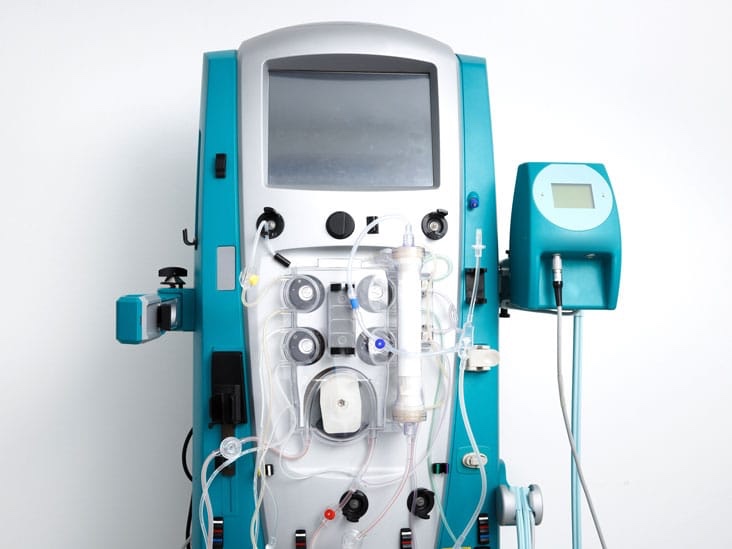 Efforts to acquire the critical facility began a decade ago during the regime of former President Sirleaf, to provide access to much-needed dialysis care in Liberia.

In a statement at the formal opening ceremony on Wednesday, President Weah acknowledged difficulties Liberians have endured in accessing advanced dialysis-related medical services outside of the country.

The President recalled: “For too long, Liberians have had to travel out of the country to seek dialysis treatment. No one needs to tell you how costly that is. Not only would you have to worry about the cost of treatment in a foreign country, there is airfare, accommodation, and so many other associated costs. which make the overall cost of this lifesaving treatment unaffordable for many.”

President Weah expressed optimism that with the opening of the first Dialysis Center, “anyone and everyone can get affordable dialysis treatment right here in Liberia.”

He described the ten-bed facility as a good beginning, which he insisted is insufficient to address the needs of the entire country.

“I therefore wish to call for the early expansion of this facility, and its replication in other counties in order to provide easy access for our citizens who reside in the rural areas,” the Liberian Leader asserted.

President Weah stressed the need for appropriate budgetary support for the operation and maintenance of the facility, including the adequate supply of consumables and medications, and training.

President Weah reflected on how he was briefed in 2018 upon taking office by the then newly-appointed Minister of Health, Dr. Wilhelmina Jallah who told him that there was an urgent need for dialysis facilities in Liberia.

Dr. Jallah had told the President about efforts that had been in the pipeline since 2011 under the previous administration for the establishment of a National Dialysis Center.

The President said he quickly instructed the Minister to exert every effort to bring the project to fruition, giving her his every encouragement and support.

“And so today, four years later, I am pleased to be here to participate in the Opening Ceremony of the first Liberia National Dialysis Center,” the President said.

President Weah emphasized the importance of the National Dialysis Center, describing it as a major milestone in the Government’s effort to provide comprehensive and modern health facilities to the People of Liberia. He particularly acknowledged the efforts of former President Sirleaf and ex- Health Minister Dr. Walter Gwinegale.

The President added: “I would also like to express my thanks and appreciation to all of those who, under my Administration, have worked tirelessly to complete the Liberia National Dialysis Center, including the Minister of Health, Dr. Wilhelmina Jallah and her able team, as well as the administrative and medical leadership of the John F. Kennedy Medical Center.”

He extended profound thanks and deep appreciation to Dr. Tokuda Torao, the Founder and Chairman of the Board of Administrators of the Tokushukai Medical Corporation for what he termed “his kind philanthropy, without which this project might have taken much longer to realize.”

The President thanked the Chairman of Tokushukai, Dr. Afuso Hisaaki, for his continuing support to the project, while also acknowledging the strong support and important contributions of international partners, particularly the World Bank, ECOWAS, and the World Health Organization.

He urged the Ministry of Health and the Management of the JFK Medical Center to urgently engage the Ministry of Finance and Development Planning as well as International Partners, to secure recurring operational support.