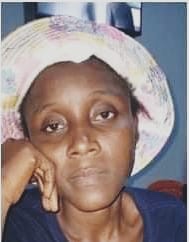 Monrovia – The Government of Liberia has won a major Human Trafficking case at the Criminal Court “A”, at the Temple of Justice in Monrovia on Tuesday, April 19, 2022.

A twelve-trial juror brought down a guilty verdict against a Liberia woman named Issa Kanneh for trafficking over ten Liberian women to the Western Asian State of Oman.

Ms. Issa Kanneh, sentencing hearing is expected on April Monday 24, 2022 at the Criminal court A” at the Temple of Justice in Monrovia.

Ms. Kanneh is the first to be convicted under the reversed Human Trafficking law which provides for a minimum jail sentence of 20 years, with restitution to victims for injuries and damages. Under the new Human Trafficking Law properties of the convicts and properties knowingly used in the execution of the crime can be confiscated and auctioned by the court to settle restitution to victims.