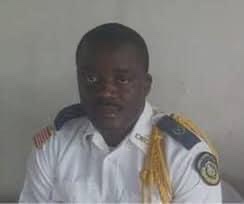 Police and Independent National Commission on Human Rights hold conference over request to investigate officer Joshua During for alleged sexual assault; Police Spokesman Moses Carter says the LNP has turned-over all documents to the commission

Officer During was accused by another female police officer of sexual harassment, but a police investigation has vindicated the police commander of any wrong doing.

A commissioner at the INCHR, Mohammed Fahnbulleh told OKFM, the conference was part of efforts by the two institutions to find a way forward.