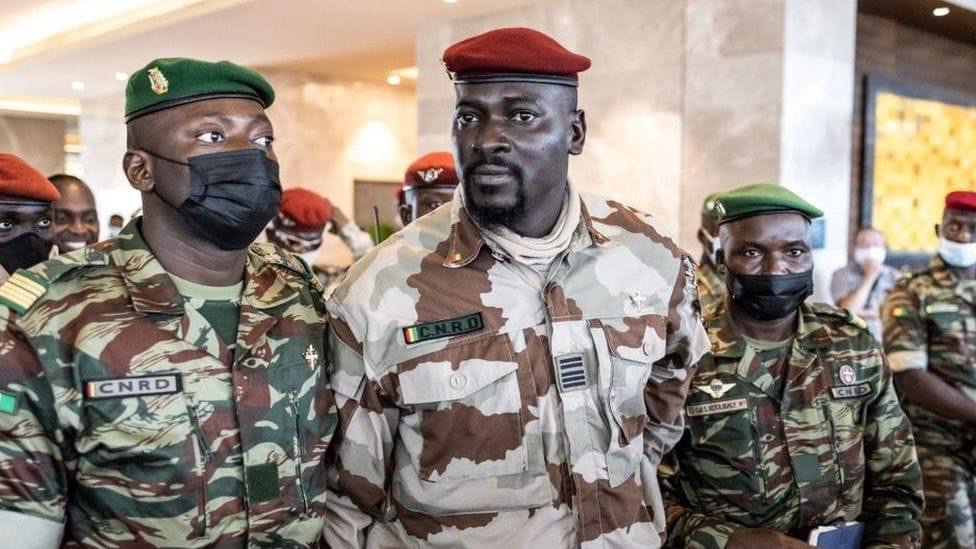 The head of Guinea’s military government has announced the country will return to civilian rule after a 39-month transition period.

Speaking on television, Col Mamady Doumbouya, said the proposal would now be put to Guinea’s parliament.

His army ousted the elected president in a coup last year – a move many Guineans initially welcomed.

But there has been growing discontent as the military junta failed to hand over power to civilian rule.

The announcement came after the regional bloc of West African nations, Ecowas, set last Monday as a deadline for the army to give its timeline – or face immediate sanctions.

Guinea’s National Transition Council (CNT), an 80-member body set up after the coup to act as a parliament, is also tasked with setting a date for the country’s next election – but is yet to do so.

Col Doumbouya has promised that no-one taking part in the interim government, including himself, will be allowed to stand in future elections that will determine the next civilian government.

In September 2021, the army overthrew and detained President Alpha Condé, 84, accusing him of rampant corruption and human rights abuses. Mr Condé had become increasingly unpopular after he changed the constitution so he could stand for a third term as president.

A former French legionnaire, Col Doumbouya was sworn in as Guinea’s interim president the following month, and promised to form a new “union” government with civilian leaders within weeks – but failed to do so.

Many Guineans saw the coup as a chance for a fresh start, and crowds were chanting the military leader’s name in the street. However the UN, African Union and Ecowas condemned the military takeover and demanded immediate return to civilian rule.

A series of coups – both failed and successful – have rocked West Africa in recent years. The most recent was in Guinea-Bissau in February, which failed and left several people dead. There have been two military takeovers in Mali and a failed attempt in Niger.