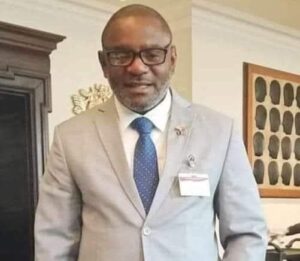 The Government of Liberia, represented by the Ministry of Information, Cultural Affairs and Tourism, will on Friday April 30, 2021 enter into an agreement with the U.S. Government, through its embassy accredited near Monrovia, and the World Monument Fund for the development and preservation of the Providence Island.

In a release issued under the signature of the Minister of Information in Monrovia on Thursday, April 29, 2021 there is indication that the ceremony marking the signing of a Memorandum of Understanding amongst the parties is expected to take place at 3pm and will be graced by senior government officials, including His Excellency President George M. Weah, U.S. Ambassador Michael McCarthy, WMF’s Representative Stephen Battle, and other dignitaries.

Minister Ledgerhood J. Rennie through the release revealed that the agreement will pave the way for funding to be provided by the American government through the World Monument Fund for the transformation of the historic site into a major destination for international tourism and cultural preservation.

“A delegation from the WMF, along with the University of Virginia in the U.S., has arrived in the country and will be on hand to consumate the deal. The University of Liberia is also expected to be a part of the historic event,” the release disclosed.

The release went on to say that the program will include cultural performances, an official tour of the Island by President Weah, Amb. McCarthy, Mr. Battle and other officials.

A dinner to be hosted by U.S. Ambassador McCarthy at the U.S. Embassy will follow the official program.