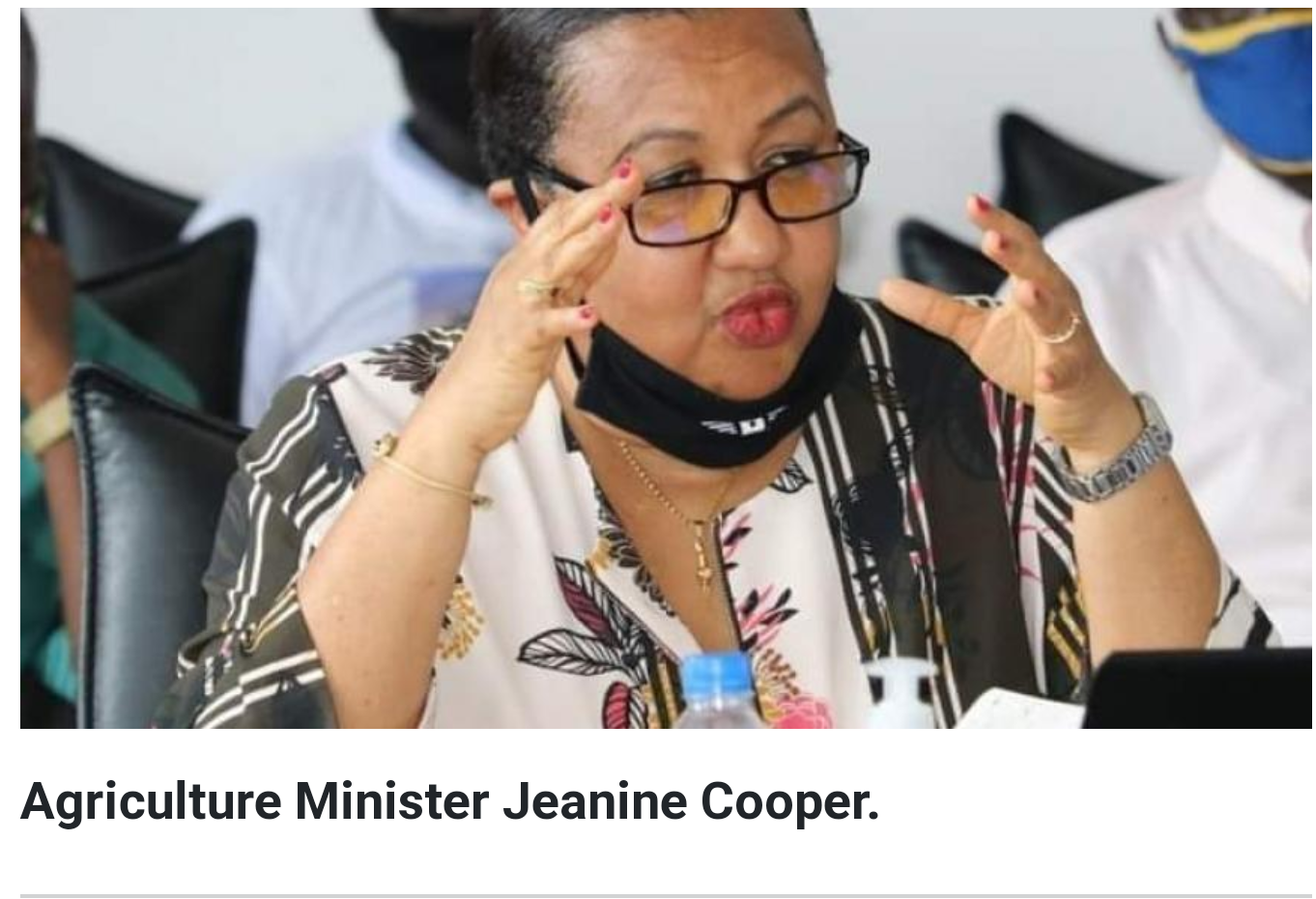 Liberia: The Ministry of Agriculture has expressed dismay over the action by the senate’s Standing Committee on Agriculture, Forestry and Fisheries to publish a report, it says  contains misrepresentations and  fabrications.

A release from MoA, questioned  the validity of the Senate information presented by their sources and is “prepared to clarify and/or disprove each point in the Committees’ report, and provide documentary evidence that present a clearer picture to the Senate, our Development Partners and the general public.”

The Ministry’s release, is also quoted as saying, it welcomes a full and transparent audit of its activities and projects from 2019 to date, all major donor-funded projects are regularly audited by the General Auditing Commission (GAC).

The MOA is reacting  after the Senate mandated the Liberia Anti-Corruption Commission (LACC) and the GAC to probe   Agriculture Minister, Jeanine M. Cooper, based on alleged criminal acts and fraud.

The Senate, acting on the request of an investigative report submitted by its  Plenary Committee on Agriculture, Forestry and Fishery, recommended that Minister Cooper be subjected to an investigation by the two entities.

Sixteen (16) senators voted to affect the plenary’s decision and one abstained while 9 persons were absent from the Chambers and 1 distant.

According to the report,  Minister Cooper lied that she was not a signatory to any of the accounts of the Ministry, but investigation shows that Min. Cooper is an “A” signatory to the MOA value Chain Project Account, with account #  001USD 2130314040 at Liberia Bank for Development LBDI.

Additionally, the Senate investigation discovered that three persons who are not employees of the Agriculture Ministry, but contractors, are also signatories to the ministry’s account while four contractors including her brother Zubin Cooper were given two years contract in her office.

According to the Senate, its  investigation captured that one Thomas Gbokie was contracted as Agriculture Knowledge Management Advisor with an annual salary of U$100,000 from February 15, 2021, to February 14, 2023, with, a project value of USD 99,984, for smallholder Agriculture Transportation and Agri-business Revitalization project (STAR-P).

The Committee highlighted that Minister Cooper also employed (Sylvester W. Taylor) as Financial Management Advisor over a project valued at US$99,984.00 with an annual salary of US$50,000 at the smallholder Agriculture Transportation and Agri-business revitalization project.

The Committee’s report furthered that Zubin Cooper (brother of the Minister) was awarded a contract, (smallholder Agriculture Transportation and Agribusiness Revitalization Project) as a communication and marketing Specialist with an annual salary of US$100,000, running from February 15, 2021, to February 14, 2022, with a project value of  US$99,984.00.

The Committee at the same time detected that  Momolu Tolbert is a non-employee of the Agriculture Ministry, but signatory to the account of the Ministry of Agriculture.

As for  Momolu Tolbert, the committee established that he  was awarded a contract of US$298,145.42 by the Minister to supply F1 Hybrid Cocoa seeds to the Ministry of Agriculture, but failed to deliver the same.

Concerning FABRAR Liberia INC, which has been awarded a contract to the Ministry of Agriculture under the STAR-P Project, the committee acknowledged in its investigation that Minister Cooper admitted that she is the founder and CEO of said institution, but does not have anything to do with it.

On the contrary, the committee indicated that Minister Cooper signed on behalf of the company to supply 200 metric tons of rice.

Regarding the position of “Project Management Unit”, the Agriculture, Forestry and Fishery Committee underscored that Minister Cooper refused to advertise for competitive vetting, rather appointed Mr. Ansu Konneh, who the committee said, “does not have the qualification to run the vital unit of the Ministry”.

According to the Committee, it was discovered that Ansu Konneh signed all documents on behalf of PMU.

In conclusion, the relevant committee noted that during its investigation, Minister Cooper revealed that 20 vehicles belonging to the Ministry have gone missing without her knowledge , and an amount of US$5.5 million of the Covid 19 Emergency Fund could not be adequately accounted for based on the Minister’s revelation.

However, the ministry has requested the GAC to swiftly finalize and release the recent audits of the Smallholder Transformation and Agribusiness Revitalization Project (STAR-P), including its USD 5.5 million COVID Emergency Response Component (CERC).

Not only that, the MoA has invited the GAC to conduct a comprehensive audit of the Ministry’s internal administrative, technical, programmatic, and operational activities from 2019 to present, the MOA release concluded.