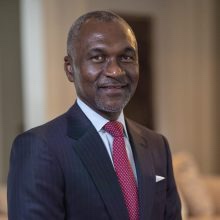 As the alleged CPP Framework document forgery Case against ANC continues to deepen, the Political leader of the Alternative National Congress, Mr. Alexander B. Cummings, has Commissioned an independent international forensic investigation of the allegations With two international reputable organizations to lunch a truth finding and independent forensic investigative work into the allege CPP Framework document forgery case that is before the Supreme Court. OMNIA, led by Cherie Blair CBE QC and ALACO LTD are the Investigative firms commissioned by Mr. Cummings to conduct the excise.

Mr. Cummings, in a press statement issued on Thursday, May 5, 2022, says he’s convinced of the facts that his innocence led him to instruct that the findings be made public With reference to weather or not to support his party’s public claim of innocence.

The CPP political leader said he has hired and Commissioned these two investigative firms to provide truth, not just to the Liberian people but also to the international Communities.

Mr. Cummings further explain that the failed Weah led government through the Justice ministry, and those working for them in the Opposition to get Weah re_elected have actually sought to do against me and the ANC, has planned to distract us, deceive the Country, deny the Liberian people the Democratic exercise of real change in 2023, just to make me look like I am like them with no difference.

Mr Cummings said this political attack against him by the government, ALP and UP is simply to distract, delay and damage his political ambition to the Liberian people
He explained that the government has wasted the country’s scarce resources and are entrapped in a wed of lies and a political conspiracy, which is unhelpful to the Country image and unhealthy for our democracy.

The ANC political leader said a write of arrest was issued against him 5 months ago of “forgery” and “Criminal Conspiracy” by the government, ALP and the UP, but since then our accusers have not pointed or shown any envidence to proof the ANC guilty of Forgery as they claimed.

Mr. Cummings however said this false claimed by the government, ALP, and the UP is just to damage my hard earned reputation that I have worked over the past 40 years to build in private Cooperate without taint on my reputation or question my integrity, but they are doing so in pursuit of undermining our message of change which is acceptable to the Liberian people.

He ended by saying I will fight with everything I have to protect my family reputation, honor, and intergrity till I am vindicated from this case with clean hands.

Mr. Cummings also calls on Liberians to make the real choice by taking the ANC forward and backwards as well as changing the direction of the country to improve the lives of the Liberian people.