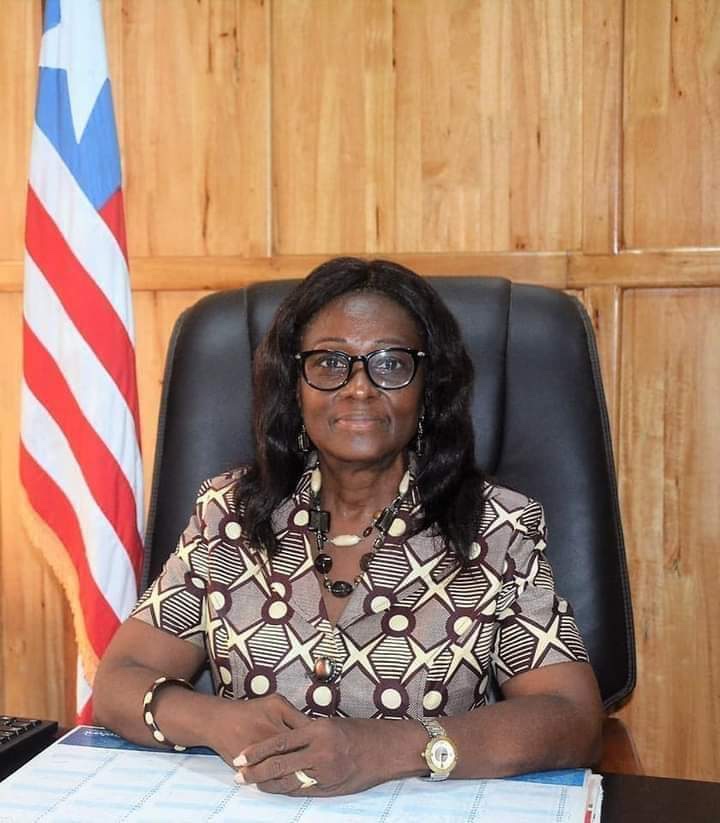 MONROVIA – The magisterial court in Monrovia has subpoenaed National Elections Commission (NEC) chairperson Madam Davidetta Brown Lansanna to produce the original copy of the crumbled Collaborating Political Parties (CPP) Framework Document in continuation of months of a criminal trial against Mr. Alexander B. Cummings who is accused of tampering with the instrument.

The court’s decision to subpoena Madam Brown – Lansannah led it to place a temporary hold on hearing testimonies from Liberia’s former Vice President, now standard-bearer of the opposition Unity Party (UP), Amb. Joseph Nyumah Boakai, was present in court Monday based on the court’s subpoena to testify in Mr. Cummings’ trial.

For the past weeks, Mr. Boakai’s testimony has been demanded in the trial of Mr. Cummings, the political leader of the Alternative National Congress (ANC), and one-time fellow chairperson of the opposition bloc CPP.

Cummings is currently facing criminal trial after being accused by All Liberian Party political leader Benoni Urey of allegedly tampering with the CPP framework document and illegally attaching his (Urey’s) signature to a photocopy version. Cummings has always denied any wrongdoing.

At the request of prosecutors, the Monrovia City Court subpoenaed Mr. Boakai to provide testimony in the criminal case filed against Mr. Cummings. The effort of getting Mr. Boakai to appear in court has dragged over the past weeks, though he finally did so on Monday by appearing along with UP Secretary-General Mr. Mo Ali.

However, prosecutors requested the court on Monday to place a temporary hold on Boakai’s and Ali’s testimonies until the original copy of the Collaborating Political Parties Frame Work Document is present in court.

Magistrate Jallah then granted the prosecution’s application to file a Subpoena Duces Tecum on NEC chairperson Brown – Lassanah for the production of the document.

“Mr. Clerk you are hereby ordered to issue a Subpoena Duces Tecum on NEC Chairperson Davidetta Brown Lassanah to appear on Wednesday, May 4 with all-party litigants’ presence,” Magistrate Jallah ordered.

He also stated that subpoena witnesses Boakai and UP Secretary General Mo Ali have been placed on temporary hold until the original copy of the CPP Framework Document is produced, at which time they will be recalled.

They are to testify in the ongoing trial of Mr. Cummings and two of his party officials, Gbarpolu County Senator and ANC chairman, Daniel Naateh, and ANC Secretary-General, Aloysius Toe.

Before the allegation of altering the CPP Framework Document, Cummings and Boakai were the two contenders for the CPP presidential ticket.

Both men served at separate times as chairpersons of the CPP, a position that was rotational among all four of the CPP political leaders.

But in the wake of the internal fight, Mr. Boakai and Mr. Urey separately pulled out their political parties from the CPP, leaving only the ANC and a faction of the opposition Liberty Party (LP) loyal to Musa Bility in the CPP.

Earlier, NEC Political Officer Ignatius Wesseh was issued a second Subpoena Duces Tecum to appear on Monday, 2 May, but the Court Sheriff reported that Wesseh was never served the Writ.

This came after Wesseh was initially issued a Subpoena Duces Tecum to produce a copy of the document which he noted to be the original and was marked by the court.

However, Wesseh had said that it was the only copy that the NEC had and therefore he could not leave the original copy at the court, but rather a photocopy.

Notwithstanding, the prosecution argued on Monday that the photocopy cannot be used by witnesses to testify, saying the original copy is the best evidence in court.

Citing Chapter 9, Section 9.12 of the Civil Procedure Law of Liberia, Cllr. Cephus prayed the court that the proceeding be deferred to a later date until the original document is produced.

Defense lawyers, on the other hand, had prayed that the request be denied, because, under previous Subpoena Duces Tecum which was served on Ignatius Wesseh and return made, the original copy was produced, testified to, identified, marked and served to the court.

Cllr. Abrahim Sillah, the lead defense lawyer maintained that at the production of the instrument, the prosecution did not oppose the return of the original copy of the CPP Framework Document.

Cllr. Sillah said: “The Witnesses are not testifying to the content of the instrument, because it speaks for itself.”

However, the court in its decision said it is clear that the evidence must always be produced, and duplicates can only be allowed under the law when the original is missing or in the possession of the prosecution.

The court further ruled that it granted a Prosecution request that its witnesses cannot testify to photocopy, but rather the original copy should be present before its witness can take the stand.