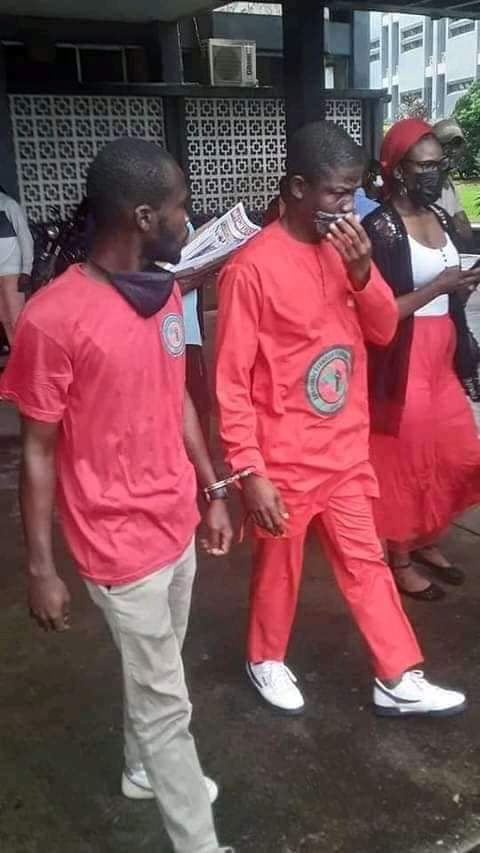 For going into the premises of the Capitol Building and violantly attacking the security officers assign at the gate of the Capitol Building, the Monrovia City Court Judge Jomah S. Jallah has declared the Economic Freedom Fighters of Liberia Commander-In-Chief Emmanuel Gonqueh guilty of the crimes of Terroristic Threat, Simple Assault, Disorderly Conduct and Felonious Restraint.

The court also has written the Probation Office of the Ministry of Justice to do a thorough investigation as to whether the defendant has a criminal record prior to the commission of the crimes.

Meanwhile, Gonqueh is on a pretrial sentence awaiting his jail term.

He and three others were arrested on a writ of arrest issued out of the court for the alleged commission of the multiple offenses.

The government further alleged that they beat and inflicted wounds and injuries on the Security guards assigned to the gate of the Capitol Building.

The writ of arrest also mentioned that defendant Gonqueh and his accomplices further went on and intentionally broke the lock on the gate and installed their own chains.

“The alleged act of the defendants being unlawful ,wicked illegal ,violent and intentional is in violation of sections 11.16 of the Amended Act, section 14.21 and 17.3 of the new Penal Law of Liberia and the crimes the defendants did commit.”

But during the pre-trial conference of the case, defendant Gonqueh pleaded guilty to the crimes and begged the court for mercy.

It can be recalled that Gonqueh and his accomplices were sent to prison on Monday, August 9, 2021 by Monrovia City Court Judge Jomah S. Jallah for the alleged commission of the crimes.

Following their arrest, they were incarcerated at the Monrovia Central Prison. But they were later released to their lawyers on bill.

The writ of arrest was issued out of the court on defendant Gonqueh and his accomplices on August 6, 2021.

The arrest order grew out of a complaint filed to the Monrovia City Court against the defendant Gonqueh and three others by the Government of Liberia through the Ministry of Justice.