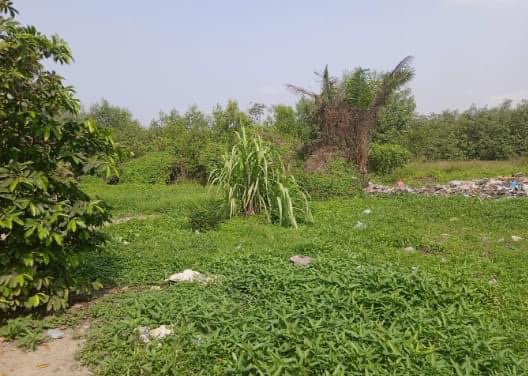 The Environmental Agency of Liberia (EPA) says it remains focus in protecting, conserving and managing all wetlands of international importance within the territorial confinement of Liberia including the Kpatawee Waterfall.

Speaking at the observance of world wetlands day held in Kpatawee waterfall in Suakoko District, Bong County, Tarpeh said as an agency, they are relying international partners as usual to ensure fulfill their national obligation under the RAMSAR Convention.

Liberia’s wetlands continue to be degraded at an alarming rate due to immense human activities such as illegal human settlement and construction of buildings, dumping of wastes, pit sawing, Tarpeh told the gathering.

He mentioned cutting of the mangroves for fire wood and charcoal, illegal and unregulated artisanal mining, wildlife hunting, illegal, unregulated and unreported fishing activities and many more as activities that continue to undermine the ecological integrity of Liberia’s wetlands.

“Last year the EPA undertook major demolition exercise of buildings that were erected in the Mesurado Wetland along the SKD Boulevard in Paynesville and other environs. The exercise was intended to mitigate the indiscriminate and illegal construction of buildings especially within Monrovia and its environs that continue to undermine the integrity of our wetlands,” she asserted.

According to him, the EPA will continue to be on the watch for these bad practice and will not relent to repeat such exercise.
World Wetlands Day marks the date of the adoption of the Convention on Wetlands on February 2, 1971. It is also known as the Ramsar Convention on Wetlands of International Importance and is one of the oldest intergovernmental accords signed by members countries to preserve the ecological character of their wetlands of international importance. The Convention aims for the conservation and sustainable use of wetlands.

UNDP pledged its commitment to working with the private sector, Government, development partners together with the communities and other stakeholders to support the development of tourism through the conservation of biodiversity including wetlands biodiversity.

On the heels of the World Wetlands Day celebration this year, beginning 21 January, the UNDP through the EPA and the Green Gold Liberia distributed 380 energy efficient cookstoves in three wetland communities in Montserrado (New Kru Town, Peace Island and Old Road Gaye Town) to help reduce the pressure on mangrove vegetation in the areas.

“While Kpatawee Wetlands has high tourism potentials, there is a need to address the binding constraints to tourism (road and other infrastructures and services) and put in place the needed reforms that can drive public and private sector driven intervention and enhance biodiversity conservation and tourism,” Rodrigues indicated.

By doing this, the UNDP Rep. believes Liberia can attract the much-needed tourism revenues the country so much deserves and need noting “Our failure to do so will reduce the integrity of our Ramsar sites and have a devastating impact on wetlands ecosystems and the populations of these communities.”
Serving as keynote speaker, Urban Sjostrom, Ambassador Of Sweden disclosed that in the coming years, Sweden will be increasing engagement in the areas of environment and climate change, natural resources and biodiversity, including mangrove, forests, and livelihood of coastal and forest communities.

This, Sjostrom said is important for finding a balance between protection of ecosystem services on one hand and improving the livelihoods of communities that depend on it.

He wants stakeholders in the sector to use this year’s celebration of World Wetlands day to reflect on concrete measures that can be taken to address the issue of plastics pollution.

In March 2019 Sweden and the Liberian Government, working with Conservation International organized and hosted the first ever ‘Blue Ocean Conference’ in the West Africa region. Several commitments were made at the conclusion of that conference. One of them was: Sweden commitment to a ban on single-use plastics by 2022 and commits to recovering and responsibly managing all plastic packaging by 2030 by partnering with stakeholders at relevant governance levels to address plastics production, marketing, and use.