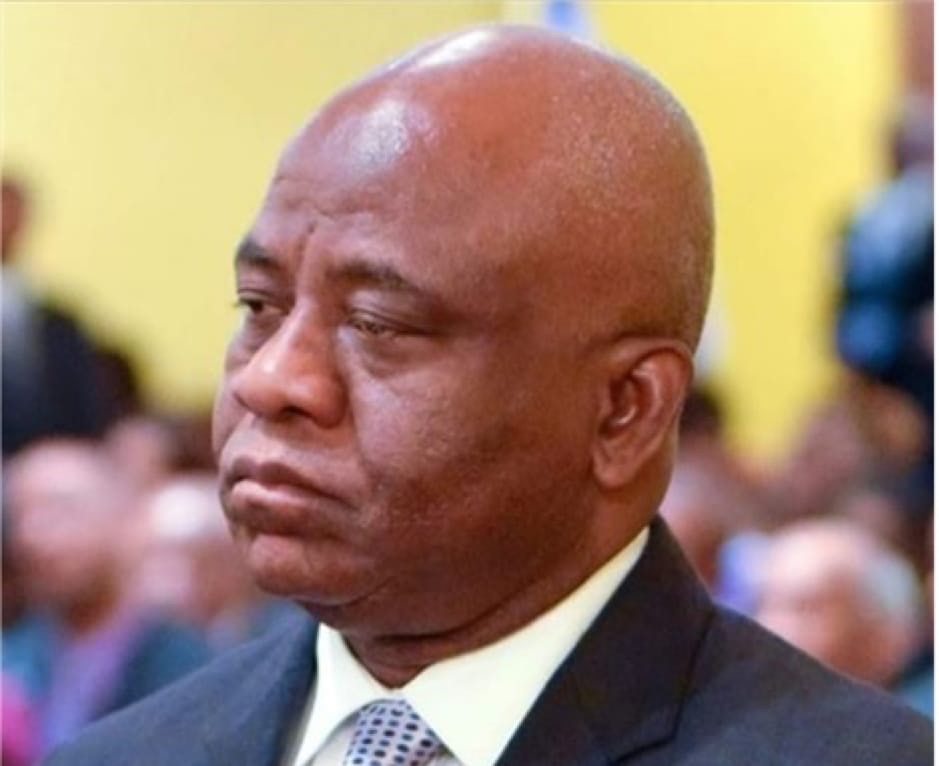 By G Bennie Bravo Johnson I

Following the declaration of the vacant Lofa County Senate seat, the office of his excellency,President George Mannah Weah, has ordered the suspension of the two year jail sentence placed on Lofa County
Senator-elect J.Brownie Samukai by the supreme court of Liberia for misappropriating the Armed Forces of Liberia pension funds,
thereby
ordering the Minister of Finance with immediate effect to make full
payment of the AFL pension funds until Mr. samukai can remit the funds to the government account.

Speaking to the media at the executive mansion on Tuesday February 22, 2022, the Minister of States for Presidential Affairs, Nathaniel McGill, disclosed that the executive proclamation of the President is in keeping with Article 59 of the 1986 constitution of Liberia, which gives the
President the responsibility and power to exercise such authority.

Article 59 of the 1986 constitution of Liberia states that ‘’ the
president may remit any public forfeitures and penalties, suspend any
fines and sentence, grant reprieves and pardons, and restore civil
rights after conviction for all public offenses, except impeachment.’’

According to Minister McGill, the President had always said that he
will not interfere in the judicial, and legislative process of the
country, but will continue to exercise his constitutional power and
responsibility  as prescribe by law and therefore, in line with the
constitution and in consistence with article 59 of the 1986 constitution, Mr. Samukai will not go to jail but work and pay while outside.

The President has with immediate effect ordered the two year jail
sentence imposed on Mr. Samukai suspended, which was imposed on him following his conviction by the supreme court of Liberia for
misappropriation of the AFL pension funds. This means that Samukai
will not serve his jail sentence, but will make full payment of the
money to government account later,” Minister McGill asserted.

Meanwhile, the Minister disclosed that President Weah has ordered the Minister of Finance, Samual D. Tweh Jr., and Defense Minister Danile Zanka to work closely together and make sure that the outstanding balance of the AFL pension funds are settled within a week.

‘’considering that the president knows that the AFL people will now
wait fore Mr. Samukai to fully pay their money before they receive
their money, the president has with immediate effect ordered the Minister of Finance and Defense to work together in making sure that full payment of the outstanding balance of the AFL money is settled within a week period as of this order.’’ He noted.

He intimated that the legislature has spoken on the vancy of the senatorial
seat of Lofa County therefore, the President has no power to
determined if Mr. Samukai will take his seat; but the conundrum is while the president had to wait until the seat is declared vacant given his constitutional mandate as President to give a clemency that prevents him from going to jail and pay the money later is what they are concern about, rather to take his seat.

It is setting that Lofa County will go to Elections given the declaration of the senate that declared the seat vacant.

McGill explained that Lofa County citizens now have the mandate to elect new senator because the legislature has declared their seat vacant, and the Presiden’s authority does not take him that far constitutionally to allowe Samukai to take his seat.

‘’ President Weah believes that the best way to punish a man is not just to keep him in jail. The president is a man of peace, he believes this year as we go alone Liberian should reconcile and the soldiers should
get their money that belongs to them. The best way is not to keep him
in jail and that is this is the right time’’ McGill asserted.

He intimated the president is just exercising what is in his perview, the occupation of the seat is not in the per view of the
president but the legislature and they have declared the seat vacant and Lofa people are left.with 90 days.