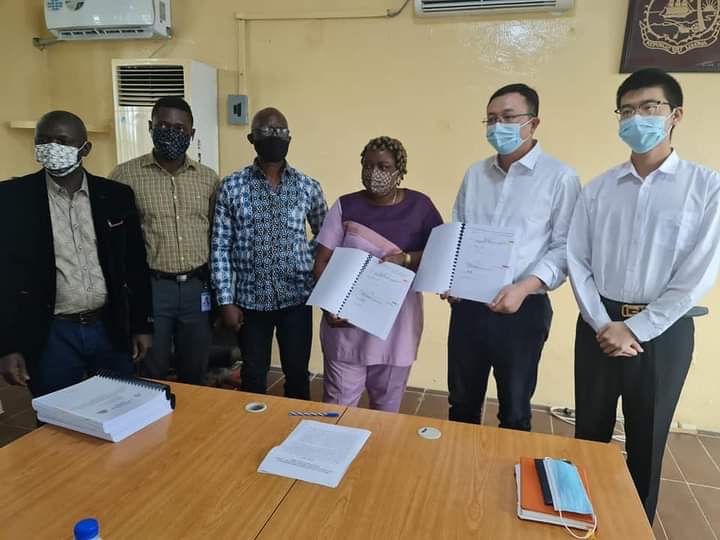 The Liberian government, through the Ministry of Public Works, has on Tuesday signed a Contractual Agreement with CHICO valued at over US$ 15.6 million for the paving of Fish Town – Kelipo Corridor Road in the southeastern part of the country.

According to a Ministry of Public Works release Tuesday, the project is Phase II, Lot One of the Mano River Union Road Development and Transport Facilitation Programme.

The release quotes Acting Public Works Minister, Ruth Coker-Collins as saying that the program will benefit road users, transporters, and farmers. The program area population is about 790,000 in both Fish Town and the Sanniquellie to Loguatuo 47.1 kilometers Road Section.

She said emphasis is mainly on disadvantaged groups, including women and children, who constitute the majority.

According to acting Minister Collins, the signing for the extension of pavement works leading to Grand Gedeh County is a giant step towards roads connectivity in the southeastern part of the country.

She further lauded the African Development Bank for its continued support to the road sector, and reaffirmed the Liberian government’s commitment to improving the standard of living in the country through road development.

For his part, the Coordinator of the African Development Bank Funded Road Projects in Liberia, Kesselly Rawlings recounted the Bank’s interest in the development of the country’s infrastructure sector.

He also noted that the project has an economic potential to create about 800 formal and informal jobs, especially in agriculture; something that according to him will improve road transport connectivity as a strategy to address and minimize instability across Mano River Union Countries.

According to the release, the Fish Town – Kelipo Road Project is expected to last for 36 months, with a defect liability period of 12 months.