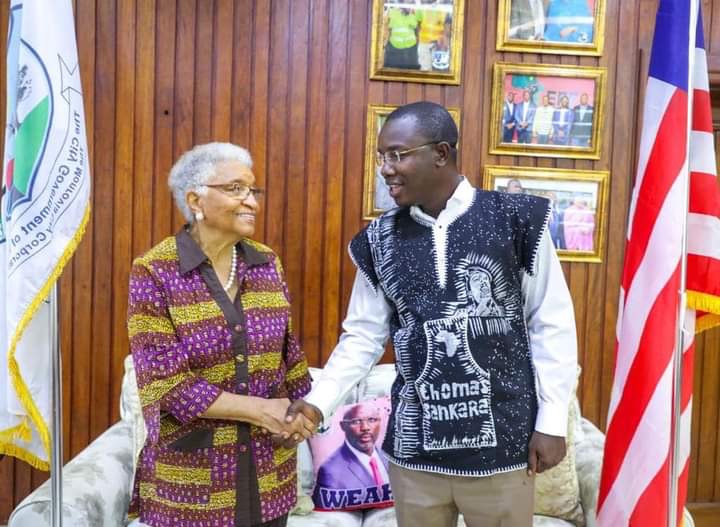 The statement by the former Liberian leader comes just days after the EU envoy to Liberia, described Monrovia as the dirtiest city in Africa.

Former President Johnson-Sirleaf in a brief conversation with a team of journalists during her visit at the Monrovia City Corporation Wednesday,  said irrespective of every Liberian affiliation, they need to take upon an initiative of cleaning their communities, homes and the city.

The former Liberian leader who just returned from Freetown said her visit to Monrovia City Mayor Jefferson Koijee was intended to share what she had gathered on how the city of Monrovia can be second to none in Africa.

In the meantime, former President Sirleaf has pledged to use her influence in the right direction, which will foster better support for the government of the city of Monrovia.

For his part, the Monrovia City Mayor Jefferson Koijee, said the city fithtiness is not done by foreigners, but rather by Liberians, while calling on the general public to begin to detest some cultural behaviors.

According to Major Jefferson Koijee, they are expected to re-examine the Liberian City Ordinances to allow them to be more robust in carrying out their mandate.