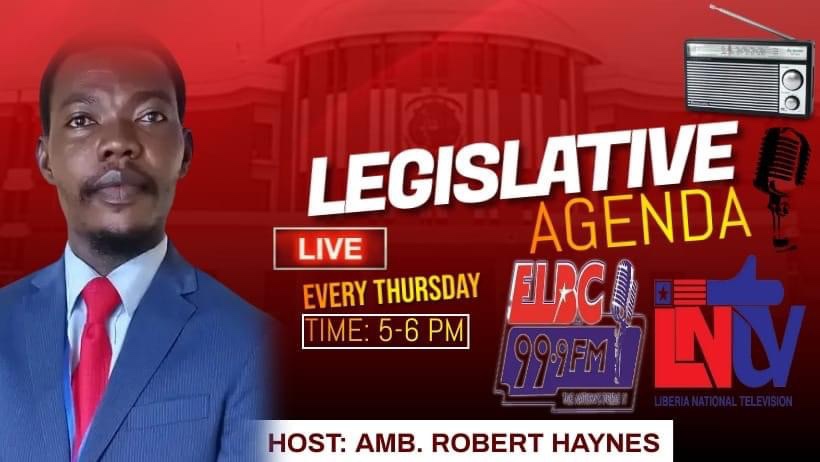 As part of its rebranding process, the House of Representatives is expected to kick-start the “Legislative Agenda” Radio Program beginning this week Thursday.

According to the HOR Director of Press and Public Affairs, Robert Benjamin Haynes, the program will be aired on State Radio ELBC 99.9MHZ,it’s an hour long weekly show which runs from 5-6pm every Thursday.

Director Haynes further hinted that the Legislative Agenda Program will summarize Tuesdays and Thursdays’ sessions of the Honorable House of Representatives.

He also indicated that the program further seeks tocommunicate major happenings and decisions taken by lawmakers to their constituents across the country, will be produced by the Press and Public Affairs Bureau.

The roundtable discussion according to the Press Director will feature different topics and legislators each week, and will help lawmakers to have productive discussions on key issues with constituents who call in to the program.

Legislators will be exposed to diverse opinions from across the Country and will eventually go on to make more informed decisions about legislation under consideration.

It also provides a platform for lawmakers to explain at length their positions on legislation before they vote on the bills.