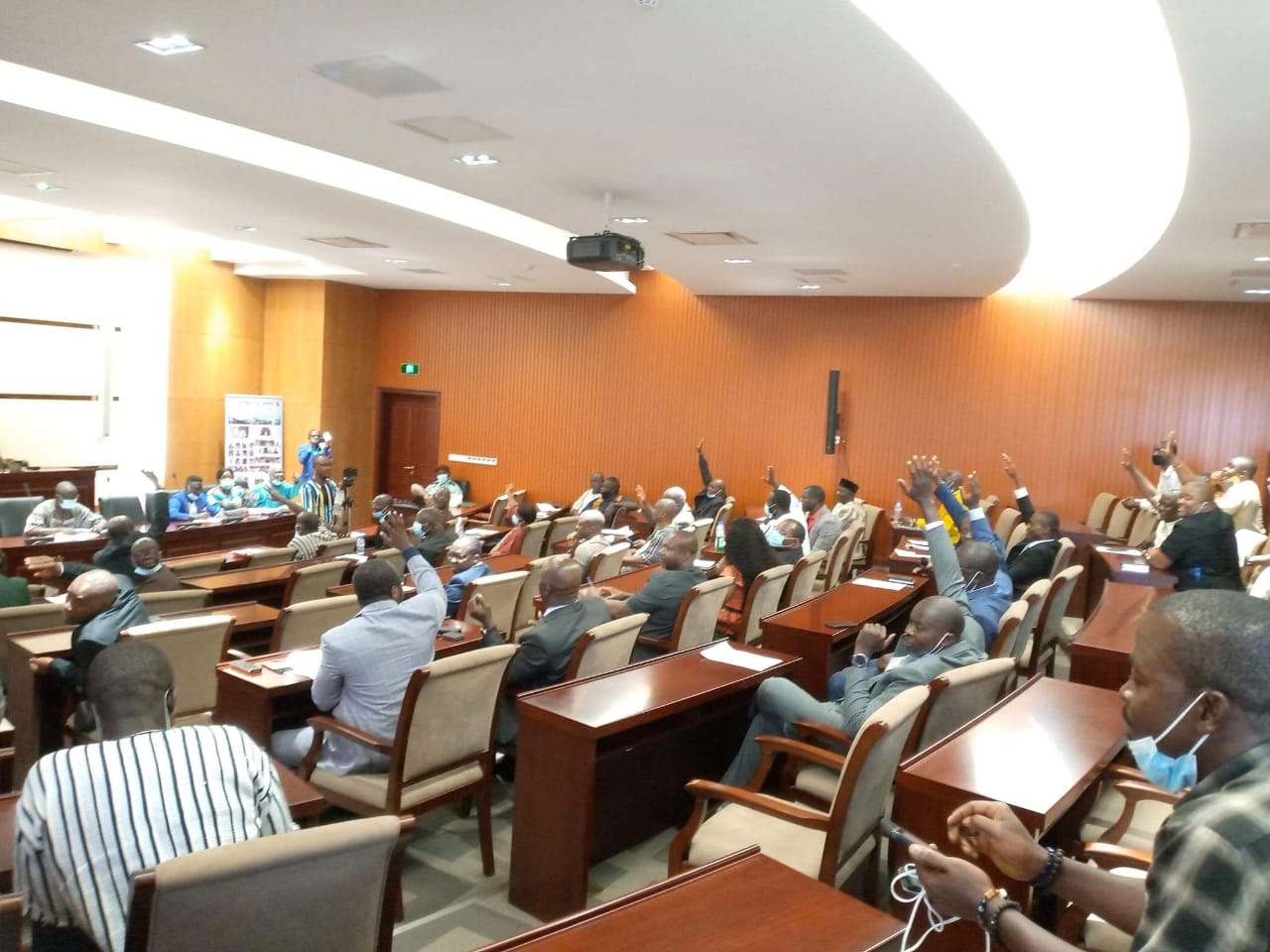 The House of Representatives in session has declined ratification of “Amendment N0.3 to the Mineral Development Agreement Among the Government of the Republic of Liberia and ArcelorMittal Liberia Holdings Limited and ArcelorMittal Holdings A.G.”, which was submitted to it in November 2021 for legislative action.

The House took the decision Monday, March 28, 2022, in a special session when Margibi County District#4 Representative Ben Fofana proffered a motion for the ArcelorMittal Third Amendment to be sent back to the Executive for renegotiation.

The House in a communication to the Executive said the instrument went through thorough scrutiny for months, ranging from stakeholder consultations to several public hearings conducted by the House’s Joint Committee on Investment & Concessions, Mines & Energy, Judiciary and Ways, Means, Finance & Development Planning and technical reviews and those exercises formed the basis for what, in its wisdom, is a reasonable and nationalistic decision.

Additionally, the due diligence exercise on the proposed ArcelorMittal Liberia (AML) Mineral Development Agreement (MDA) established a series of observations that the House of Representatives has since communicated to the Executive.

√ That the proposed Amendment essentially ignores key provisions of the Minerals and Mining Law of the Republic of Liberia. Article 6, Sections 6.1 to 6.3, and Section 5.3 of the Law referenced mandates the concessionaire to declare the production area within which a Class “A” Mining License will be awarded. In line with Section 5.3(g)(3) of the Minerals and Mining Law of 2000, the concessionaire declared the production area of the old LAMCO JV Concession Area. The Mineral and Mining Law referenced here states that in the event where the holder of an exploration license declares only a portion of the exploration area as an operation area, the remaining portion not declared must be relinquished to the Government and that the exploration license shall cease to exist.

√ That the proposed Amendment prevents the Government of Liberia from transferring the Buchanan Iron Ore Port which has not been transferred but has been made available for use in the operation of the concessionaire.

Meanwhile, the House of Representatives has recommended to the Executive the following:
√ That the Government of Liberia retains ownership of the Railroads, Port of Buchanan, and other related infrastructures. The Honorable House of Representatives further recommends that the Government of the Republic of Liberia initiates a recruitment process aimed at hiring an independent operator of the railroad. In the opinion of the House, this will ensure non-discriminatory management of the Railroads and other related infrastructure;

√ That a future renegotiation of this concession, other existing concessions, and new concessions consider the full applications of all relevant laws including the Act creating the WASH Commission and the Land Rights Law; and,

√ That any future amendments of the AML MDA, other existing concessions, and/or new concessions consider a role for the National Housing Authority to ensure standard and improved housing facilities for employees and their dependents.

The House said it remains committed to enacting human-sensitive legislation that will benefit the Liberian People.