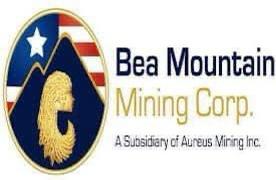 The plenary of the House  took the decision,  following a complaint from Grand Cape Mount Electoral District #1 Representative, Bob Sheriff,  accusing the company of allegedly violating the MDA signed with the Liberian Government.

Representative Sheriff also accused the company of hiring foreign nationals to occupy positions only intended for Liberians, disrespecting   the MDA.

In his complaints, the Grand Cape lawmaker disclosed further, that the company has   allegedly  refused  to review the MDA it signed with the Liberian government.

During Tuesday’s deliberation, several lawmakers accused the company of violating the MDA and reportedly carrying on bad labor practices.

Following hours of discussions,  plenary voted through a motion from River Cess County lawmaker, Rosetta Sharck for lines ministries and agencies of government including Bea Mountain cooperation to be invited in two weeks.

Line ministries and agencies invited to appear with the company include,  the Liberia National Police, the Ministries of Labor, Mines and Energy and the National Investment Commission.

Others summoned by the House are:   the Liberia Immigration Service, Environmental Protection Agency and the Liberia Revenue Authority respectively.