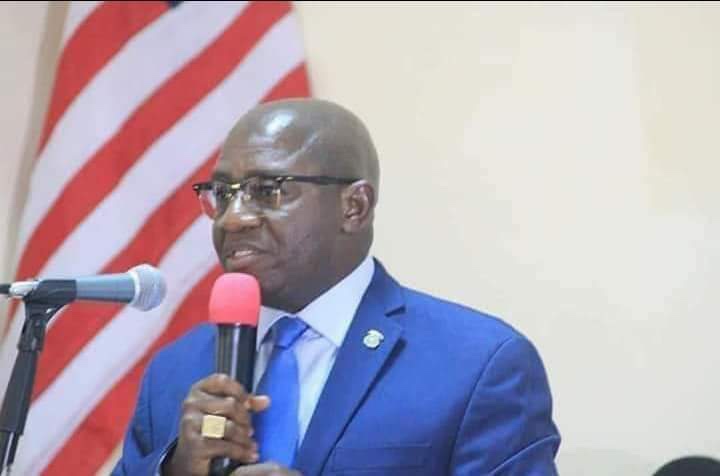 The Keynote Speaker of the 57th Anniversary Program for the Press Union ofLiberia, Hon. Moses Y. Kollie, has called on the media in Liberia to break away from the past and embark on a new era in which its reportage will be depoliticized.

The Director General of the Liberia Aviation Authority, who spoke on the the theme “Enhancing the Voices of Citizens & the Government for Sustainable Development,” said this is the time for the voices of the citizens and the government to be harmonized for the holistic growth and development of Liberia. He said the media is the medium that must be used to actualized this process for the over good of the Liberian State.

Mr. Kollie is calling upon the media to break away from the past and embark on a new era in which its reportage will be depoliticized.

He also noted that the time has reached for the media to stop assassinating people’s hard earned character because of reasons that voted on difference and political ideology. Chief Kollie is also calling onall journalists to report the facts and nothing else but the facts.

Hon. Kollie mentioned that there are some journalists who do not see anything good about Liberia and only reports negative things about the country. He is calling on journalists not to lose focus on their founding objective.

According to Chief Kollie, journalists should operate in the conform of their ethics and laws of the Republic of Liberia.

For his part, the PUL President, Mr. Charles Coffey applauded the people of Lofa for the hospitality accorded the team of journalists.

He at the same time congratulated the press for the gains it has achieved and continues to achieve under difficult environments, coupled with journalist arrests, brutalities and the rest.

Mr. Coffey said that the union is celebrating this anniversary as a result of a purpose of its formation and core values. He said the union was founded on September 30,1964, in Monrovia to protect the warfare of journalists across the country. Mr. Coffey also said that the achievement is predicted upon president George Weah’s political will.

The PUL President used the occasion to also extend an olive branch to members of the union who did not make it to Lofa, probably because of personal reasons. As pmPresident of the Union,he has lifted the ban on journalist Sekou Sharif, formerly Freedom FM, and now Voice of Liberia. He said Mr. Sharif has promised to be in compliant with the union norms and core values.