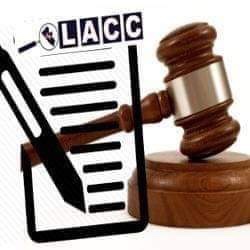 The Liberia Anti-Corruption Commission says it will prosecute several individuals who mismanaged funds meant for the construction of a polytechnic in Foya Lofa County.

The LACC in a statement said it has secured criminal indictment from the jurors sitting at the 10th judicial Circuit Court in Voinjama Lofa County for the prosecution of Thomas Borwah, James Kellie, Garrison Charlie, and Teywa Blama Dunor, and several others.

Their actions, according to the LACC led to the disintegration of a project to construct a polytechnic in the northern Lofa town of Foya.

The Commission said the individuals without deference to the laws of the country, criminally withdrew monies from the account created for the polytechnic and turned them into their private use against the reasons for the opening of the account.

The LACC says the former Chairman of the Interim Management committee Thomas Borwah bears the greatest responsibility for the management of funds.

The Anti-graft Agency said Mr. Borwah withdrew thousands of United States from the account for the purchase of 150 acres of Land, payment for surveying, and campus Design but chose to purchase Motorbikes from Masarco against the agreed-upon decision.

The Commission said it considers the actions of Mr. Borwah and other individuals reckless and a wanton disregard of the laws of the country.