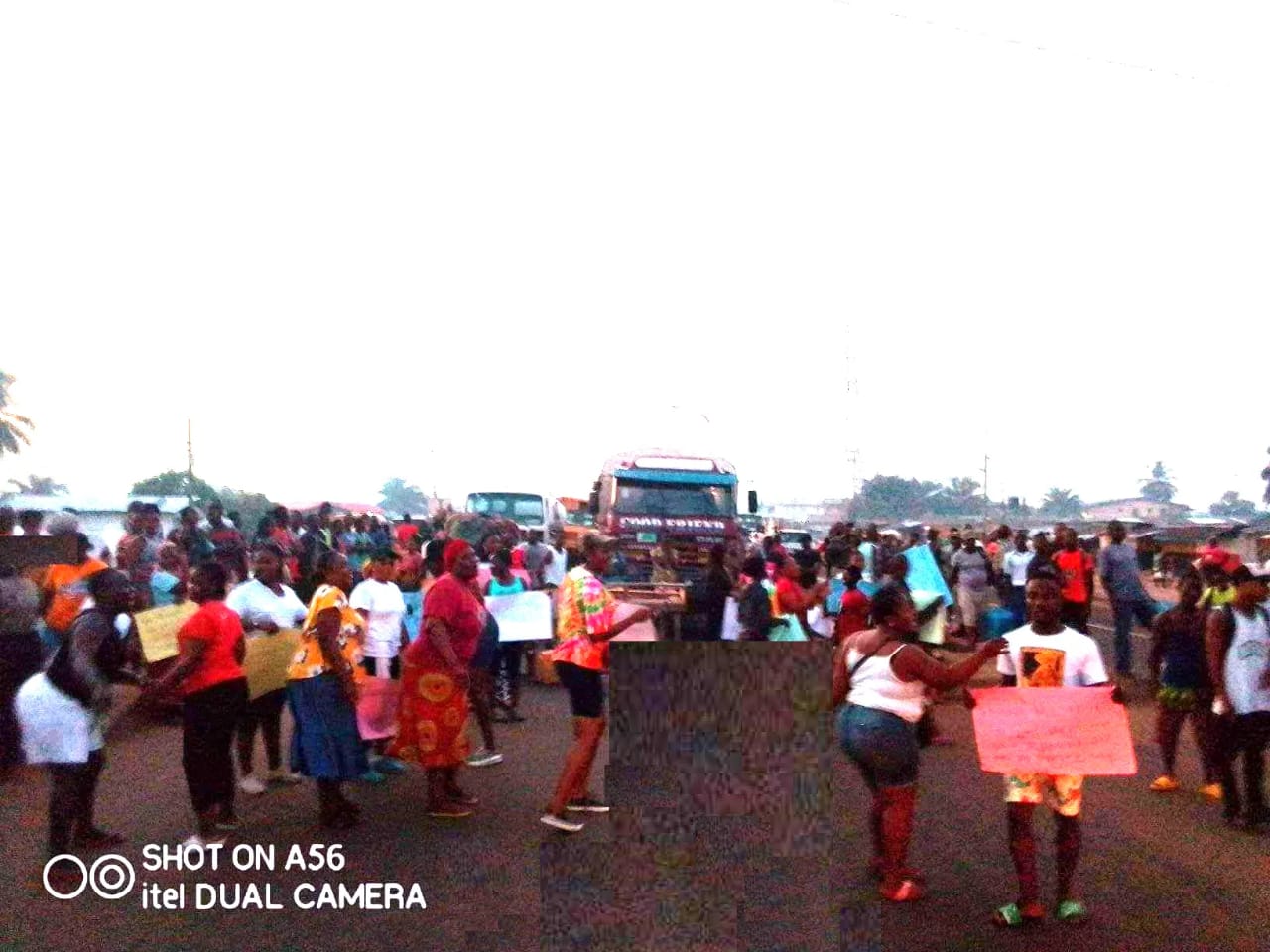 They expressed apprehension over the Liberia Electricity Corporations inability to complete the distribution of electricity to the entire community.

Liberia has somewhat turned to a protest nation- as the only means of getting national government to act.

The head of the aggrieved residents of Chicken Soup Factory,  Nathanial Nah Davis  said,  the refusal of the authority of LEC  to provide current to the entire community  sparked the protest.

“We  had series  of meetings with the management of the Liberia Electricity Corporation and was informed that the lack of material was the reason large portion of the community was left out , but after being informed by the authority that material came in the country since December,  but our  community has not been electrified  fully”.

As the protest intensifies, police was called in to insure law and order, arresting several persons.

One of those arrested explains his ordeal.


He further lamented that the law is working actively and the reason of his arrest will be made Knowledgeable to him when they get at the police depot.

Some of the protesting residents frowned over the use of teargas by officers of the LNP.

“When the commander came talking with me to transfer our protest from the main street to LEC sub station it was the same time the police came and begin to fire teargas”.

Meanwhile , representative hopeful of District#  12,  Prince Kreplah made a swift intervention by seeking the release of  three of the protesters arrested.

Mr.  Kreplah expressed frustration that the police failed to first  negotiated with the protesters before taking such actions .

At the same time, he called on the LEC   authority to  take full responsibility of the situation as a result of  their partial connection of some homes,  and leaving a large portion unconnected, something he attributed to the cause of the protest.