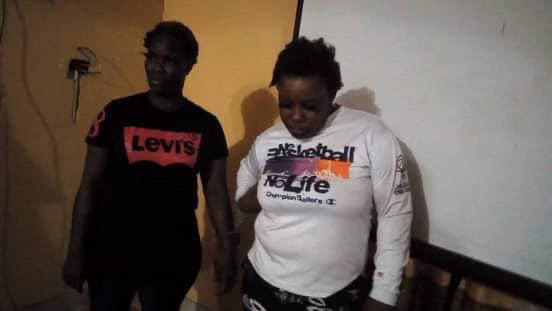 Officers of the Liberia Drug Enforcement Agency (LDEA) have arrested two Liberian ladies at the Roberts International Airport (RIA) who were allegedly caught in possession of heroin worth L$30,600,000.

The LDEA disclosed that the arrest was made Tuesday June 1, 2021 by agents of the agency at the RIA. They said the necrotic substances were discovered following Asky Airlines’ arrival at the airport.

According to the LDEA Commander at the RIA, the heroin was hidden in a double cotton with clothes in it. Following the discovery, the LDEA’s RIA Commander noted that they (security officers) were on surveillance to see who the box belonged to. In the process, Jemesetta Ferguson, age 38, and Garma Jallah, age 43, came for the box at the airport. There and then they were arrested by the LDEA officers.

Making the disclosure during a press conference in Monrovia, the LDEA authorities called on the national legislature to quickly act in making crimes associated with drugs non-billable, in order to stop the increase in narcotic substances in the country.

According to the LDEA boss, their action is not sufficient to stop the spread of narcotic drugs in the absence of a non-billable drug law.