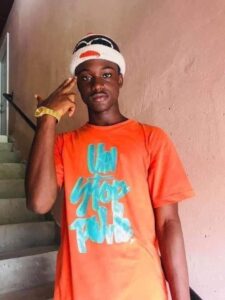 According to police spokesman H. Moses Carter, Turay was arrested alongside Mathew Gonkerwon at the Cyber-Ed Christian School of Excellence in Congo Town for discharging a weapon to the neck of victim Ireland.

Carter noted that the victim was rushed to the SOS Hospital where she was pronounced dead on arrival by the medical staff.

He indicated that the police investigation revealed that suspect Turay secretly encountered a Taurus G2C 9MM with live rounds from his mother’s room which he took on his campus.

The police spokesman stressed that suspect Turay was charged, and his accomplice Mother Josia M. Saah has been charged with recklessly endangering another person, possession and sale of objects for lethal use in violation of chapter 14 section 14.3, chapter 14 section 14.23 and chapter 17 section 17.11 respectively.

However, suspect Turay and his mother Saah were released from court on bond by their lawyer.