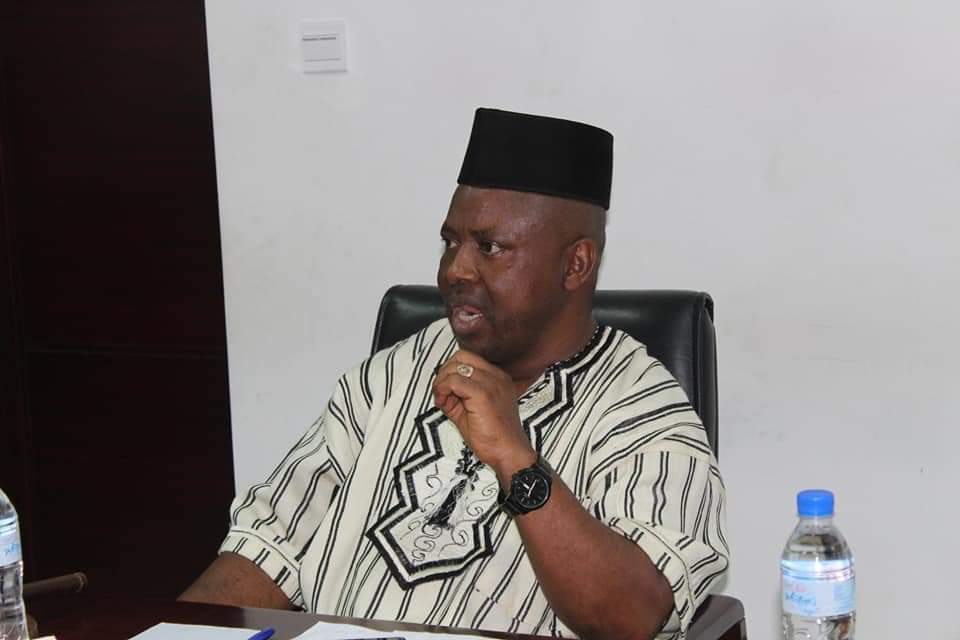 The Plenary of the Liberian Senate has forwarded communication from Lofa County Senator Stephen J.H. Zargo relative to the reviewing of our national symbols to the relevant committees to do a thorough review of the communication and report to Plenary after the Easter Break for prudent action by the Senate.

According to the communication from Senator Stephen J.H. Zargo, there is a need for Liberia to take a critical look at some of our historical and national symbols with a view of incorporating an all-inclusive country that appreciates history.

The Lofa County Senator indicated that his communication was prompted by a statement from the President Pro-Tempore during his speech at the Graduation Convocation of the University of Liberia, 16 March 2022 when he mentioned that ‘’we also deem it most appropriate that during this Bicentennial Year, Liberia takes the final move to review some of our national symbols to reflect the true identity of our nation’’.

In his communication to the Senate, Lofa County Senator Zargo, who is also the Chairman of the Senate Committee on Defence, Security, and Veteran Affairs, forwarded four (4) different proposals: to include, that to reflect inclusion and social justices to sustain Liberia’s democracy, the Seal of Liberia must be changed from its present state to the typical Liberia Handshake in a circular field with the inscription: The Love of Liberty United Us.

The Lofa County lone Senator mentioned that the Flag of Liberia must be changed from its present state to a flag of three stripes, Red, White, and Green with a White circular field and a Black Star in it to symbolize the first Black Republic in Africa. Senator Zargo stated that the Green replacing the Blue is symbolic of Africa and Liberia Green forest in the background.

Additionally, Senator Zargo indicated that the name of the capital city, Monrovia be changed to how the indigenous called it before the coming of the settlers as history has it that this city hosting the capitol building was mainly inhabited primarily by either the Bassa, Dey, or Gola and was called Ducor.

Also taking advantage of our existence as a people, he proffered that one can reference our first two dominant tribes in this part of Monrovia (Dey Gola/Gola, and Bassa) that are particular to Liberia in terms of traceability in the sub-region, they are said to have provided the name of the current Providence Island as Duazon, literally meaning (under the tree) and Monrovia was named as Ducor, probably by either the two tribes.

The Liberian Senate, after minutes of debate on the communication by Senators in Session, a motion was proffered by Sinoe County Senator Cllr. Augustine Chea for the communication to be sent to the relevant committees to report to Plenary after the Easter Break.