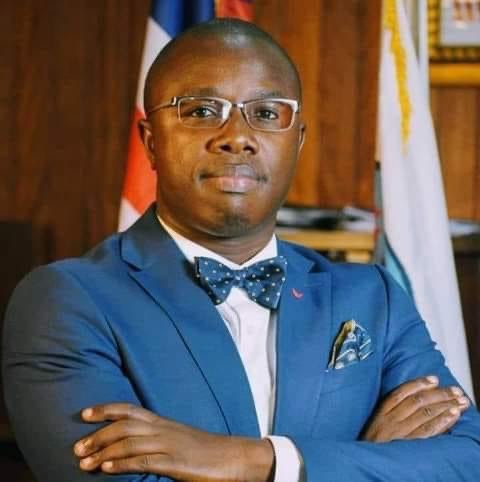 The United Nations General Assembly declared May 3 to be World Press Freedom Day or just World Press Day, observed to raise awareness of the importance of freedom of the press and remind governments of their duty to respect and uphold the right to freedom of expression enshrined under Article 19 of the 1948 Universal Declaration of Human Rights and marking the anniversary of the Windhoek Declaration, a statement of free press principles put together by African newspaper journalists in Windhoek in 1991.

This year`s celebration is under the theme “JOURNALISM UNDER DIGITAL SIEGE”.

Mayor Koijee term as “Serious threat” to how Digital Siege can become to journalism and the democratic setting adding the increase of the use of digital landscape since the Corona global pandemic also demands government`s responsibility to ensure that access to available information will be not censored or hampered.

“Regimes often cut online access in response to uprising or civil unrest, particularly around elections, as they try to keep their grip on power by restricting the flow of information. Against this backdrop, I am pleased to inform you no such condition exists in Liberia, under the free and open administration of His Excellency Dr. George Manneh Weah, President of the Republic of Liberia. Access to online services is not monitored and this has contributed to the flourishing of media freedom in our digital environment”.

Lamenting on “Transparency as a public good”, the Monrovia City Mayor stressed that an open government and an open society are key ingredients to building accountability and trust which are essential for the effective functioning of democracy.

Mayor Koijee is quoted as saying “We as a country need to invest more in e-Government. Internet-based technologies and application in order to help bolster the free flow of information, freedom of expression and the protection of civil liberties, which will ensure that public sector information is made widely available with no hindrance, bureaucracy or bottlenecks”.

He continue that why government has the constitutional responsibility to ensure unbiased and unlimited implementation of the Freedom of Information Act, citizens, too, are under obligation to hold the government and key decision-makers to account, promote good governance and improve public policy and efficiency among others.

Despite the many alleged reports from some Liberian journalists about government`s brutalities, Mayor Koijee intoned that the leadership of President George Manneh Weah has demonstrated unbridled political will to ensure that journalists and media practitioners are free to speak their minds at all times, on digital platforms, print and electronic media thus referencing the passage of the Kamara Abdullai Kamara Act to decriminalize free speech.

“Hon. Superintendent, President Coffey, distinguished ladies and gentlemen. I wish to make a firm commitment to support the PUL to work against Digital Siege in Liberia. This commitment goes beyond me being the Mayor of Monrovia, an official of government or outside of the government. This is my declaration: that I would be a champion of countering journalism under digital siege in any form, shape or manner in my country irrespective of my status, creed, position or location in my country or under the globe. By this declaration, I am citing the collective commitment of the government to press freedom, In support of promoting transparency and independence of the Liberian media”.

Furthermore, Major Jefferson Koijee wants the media to be empowered by way of addressing the economic factors such as the income level of the audience, an environment that stimulates start-ups in the sector and the political stability in a region, country or area.

“In Liberia, we may not be able to address the macroeconomic conditions at the moment, but we can safely and proudly boast of the political stability in our country that we can leverage for media viability”, Mayor Koijee lamented.

He averred that the Liberia independent media is faced with another kind of threat coming from the ever-increasing political ownership of the media in Monrovia and across Liberia, adding with the rise of the digital age, the Press Union of Liberia or independent Liberian journalism is under threat.

In conclusion, the Mayor recommend that: 1. The accreditation process on the establishment of media institutions within the country should no solely left with the government, adding the Press Union of Liberia (PUL) should conduct a pre-vetting of all requests for accreditation of media institutions, print or electronic and submit the outcomes afterwards to the responsible government institution(s) for consideration.