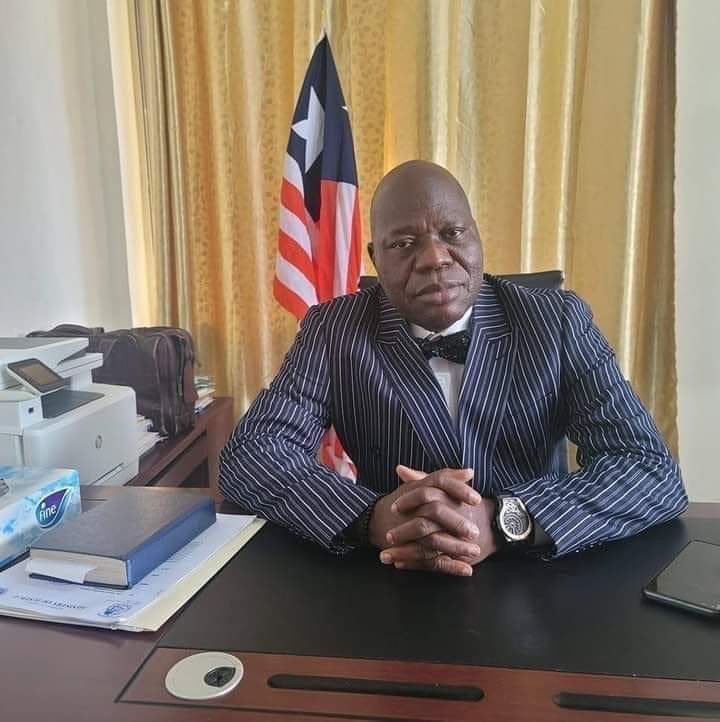 The Ministry of Justice of the Republic of Liberia has filed with the Monrovia City Court a Bill of Information, informing the court that Co-defendant Alexander B. Cummings is yet to present to the court photocopies of his ticket(s) to and from America; flight number and name, from Liberia-Ghana; and Ghana- United States; and the United States to Liberia, if any; the date of departure to the United States and date of return; and a photocopy of his current Liberian passport with an American visa inside.

The Justice Ministry in a release quoting the Bill of Information filed by the State lawyers, says these were the conditions agreed upon for which the Ministry of Justice had interposed no objection to the lifting of the Alternative Summary Proceedings Order issued by His Honor Roosevelt Z. Willie, retraining, inhibiting and prohibiting Co-Defendant Alexander B. Cummings from traveling out of Liberia pending the hearing of the Summary proceedings petition filed by the Ministry of Justice.

It further said the Ministry of Justice was quite circumspect and did not raise any further objection because Co-Defendant Cummings had two separate and distinct options, and that is, he was required to produce these documents either before or after his travel and based on this, the Ministry of Justice had selected the last option which instructed that he would produce the selfsame documents upon his return to the country.

The Ministry of Justice said that now that Co-defendant Alexander B. Cummings has safely traveled out of the country and has peacefully returned, he must do the right thing by producing these documents including but not limited to the photocopy of his current Liberian passport with an American visa inside to satisfy two basic fundamental conditions, namely (1) to prove to the court that indeed he has traveled to the United States to see his ailing mother, and thereby comply with the mandate of Judge Willie; and (2) finally to allay the suspicions of the Ministry of Justice and other information spread in the public domain hat d not travel to the United States as he had earlier indicated in his sworn submission.

The Justice Ministry further says while it seems tempted to express remorse of conscience r the ailment defendant Cummings’ his 92 years old mother believed to be a senior citizen of this Republic, the Ministry Justice s however unconvinced that defendant Cummings actually traveled to the United States and therefore calls upon him to gather the moral fortitude by producing to the court all of the documents referenced, including but not limited to his current Liberian passport with an American visa inside.

The release added that the Ministry of Justice shall not and will not be distracted from making these demands and hereby advises defendant Cummings to understand that the production of these documents including but not limited to the photocopy of his current Liberian passport with a US visa inside before or after his travel out of the country was a key condition upon which the prosecution had interposed no objection to his travel request.

Meanwhile, the Ministry of Justice has clarified that at no time did State lawyers ever admit to any wrongdoing as is being claimed by defendant Cummings and his media team.

It however said State lawyers had suggested to the defense lawyers that since they (defense lawyers) were satisfied with what the prosecution had provided them at discovery, the same should be marked by the court to replace what they had disputed and it was done, and described some of the erroneous publications in some of the major news outlets that state lawyers admitted to wrongdoing as shameful and irresponsible.