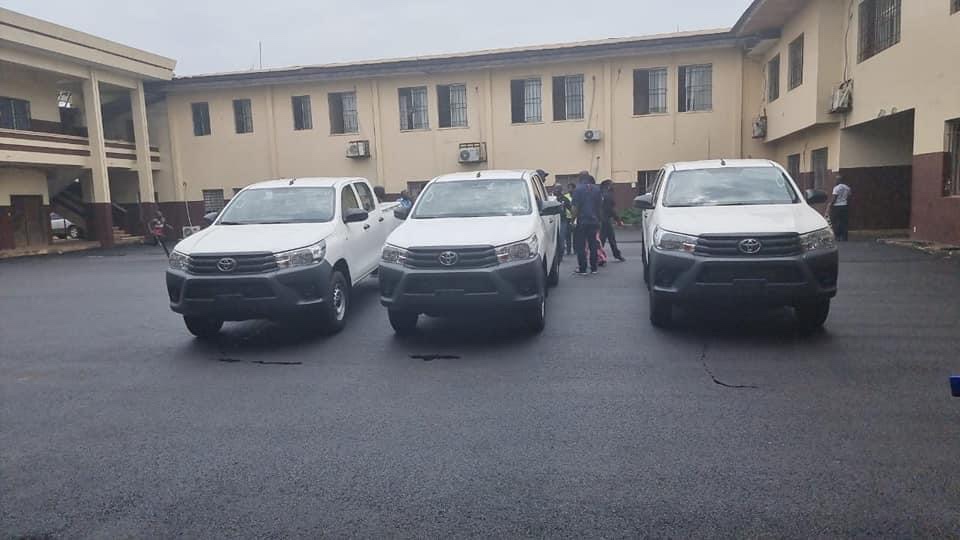 MONROVIA: As the Ministry of Public Works expedites its road maintenance works across the country, evidenced by the arrival of the first consignment of equipment recently, another boost to this drive is the donation of three (3) Toyota Hillux Pickups to be assigned to the Resident Engineers of Grand Gedeh, Lofa and Rivercess Counties.

The donation on Thursday, April 21, 2022 is testimonial of a strong partnership subsisting between the National Road Fund of Liberia and the Ministry of Public Works.

Minister Coker-Collins reaffirmed the Government of Liberia’s commitment to roads connectivity through the construction and maintenance of roads and other infrastructures.

Making the donation on behalf of the National Road Fund Office, Prince Nimrod expressed satisfaction over the level of progress that is being made in the Road Sector, noting that road development is the heartbeat of the Government.

The National Road Fund of Liberia is the relevant government institution clothed with the management of fuel levy aimed at improving the Road Sector of the country.