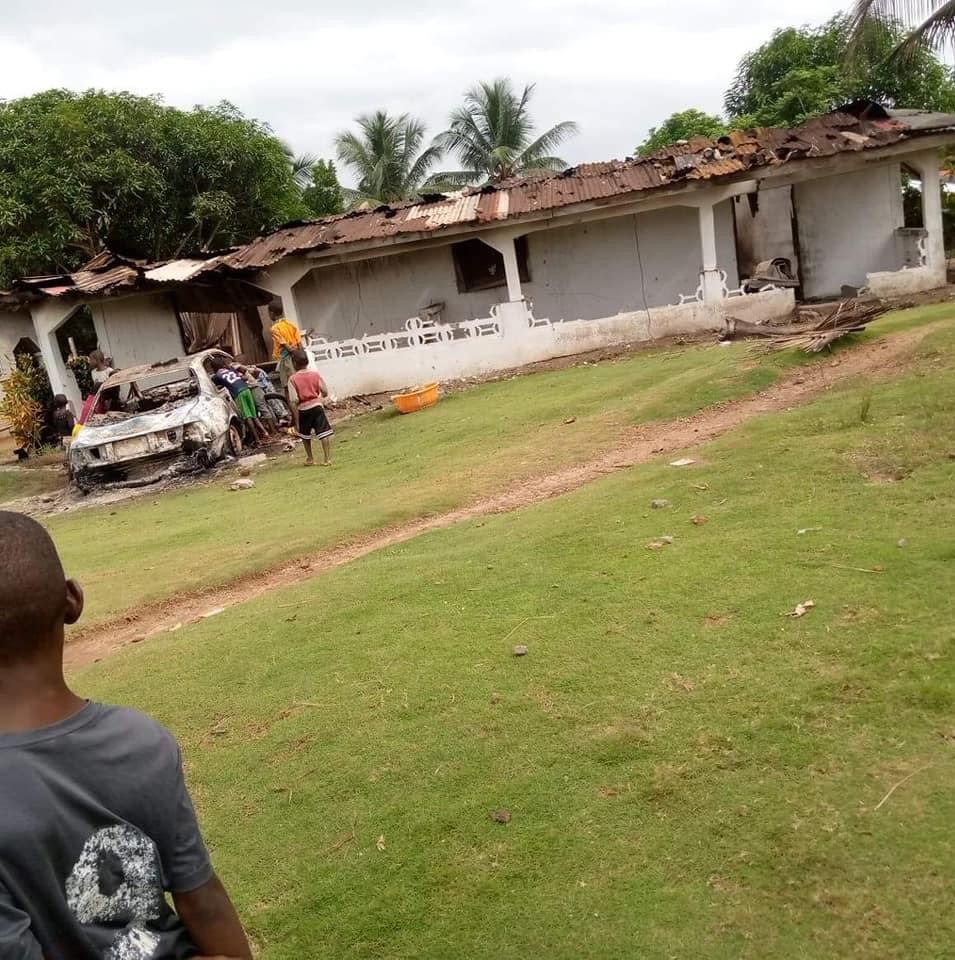 The angry motorbike riders were seen recently in their numbers riding their motorbikes from one point to another in search of Triple 2.

“After our search of Triple 2 failed, we were left with no other option but to burn down his parent three bedroom house and car,” the aggrieved motorbike riders said.

According to them, Triple 2 allegedly stabbed their colleague for claiming his transport fare after driving Triple 2 to his destination.
They claimed that Triple 2 had a consistent pattern of harming peaceful citizens in order to confiscate their property.

At the same time, the motorcycle riders’ action was condemned by Grand Bassa County Superintendent Janjay Baikpeh. He also appealed to the police to bring the culprits to justice.

Superintendent Baikpeh called on the residents of the Port City of Buchanan to remain kind while the authorities investigate the matter. Grand Bassa County Superintendent urged citizens to supply information leading to the arrest of Triple 2.