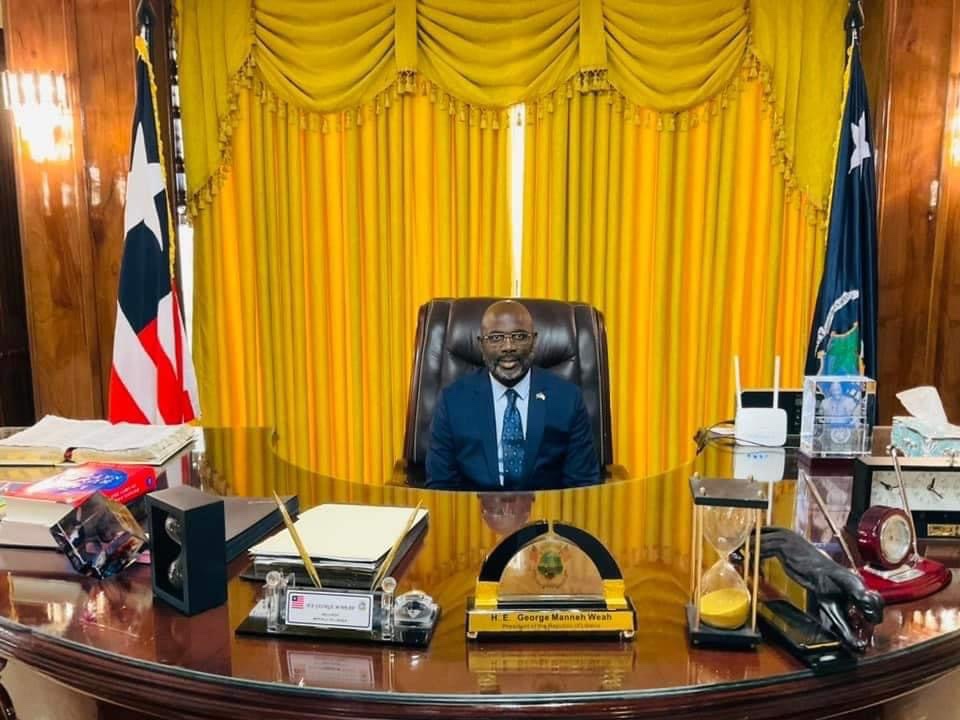 In a statement on Friday, President Weah said “the Republic of Liberia condemns this new wave of unprovoked aggression and attacks on the territorial integrity of Ukraine, and by extension, other neighboring countries. Today, the world woke up to the news of the invasion of Ukraine by Russia, despite diplomatic efforts to defuse the building tensions,” Pres. Weah cited.
He said the act by Russia should be condemned in the strongest terms by all nations of the world, adding that Liberia still maintains its position in line with the UN General Assembly’s resolution in 2014.
Pres. Weah called on Russia to give peaceful dialogue a chance, thereby sparing the lives of innocent citizens and foreign residents in Ukraine, and also protecting the sovereignty of Ukraine.

“Liberia joins the rest of the world in urging Russia to unconditionally cease hostilities, de-escalate and allow diplomacy and dialogue to take its course and bring relief to the peaceful citizens of Ukraine as well as the region,” he maintained.

The non-binding resolution, which was supported by 100 UN member states, including Liberia, affirmed the General Assembly’s commitment to the territorial integrity of Ukraine, within its internationally recognized borders and underscored the validity of the 2014 Crimean referendum.
Liberia is a founding member of the United Nations. It was among 50 Countries that signed the Charter on June 26, 1945, creating the global body.

Back in 1989 a period of hostility was ushered-in as the nation was engulfed with a civil crisis which claimed the lives of over 200,000people.
The 15-year civil insurrection derailed the nation’s progress, declined its economy and defaced the long-held political credentials of the state.
It took extreme peacekeeping efforts by regional and international bodies to end the impasse and wheel the country to a fixed trajectory.