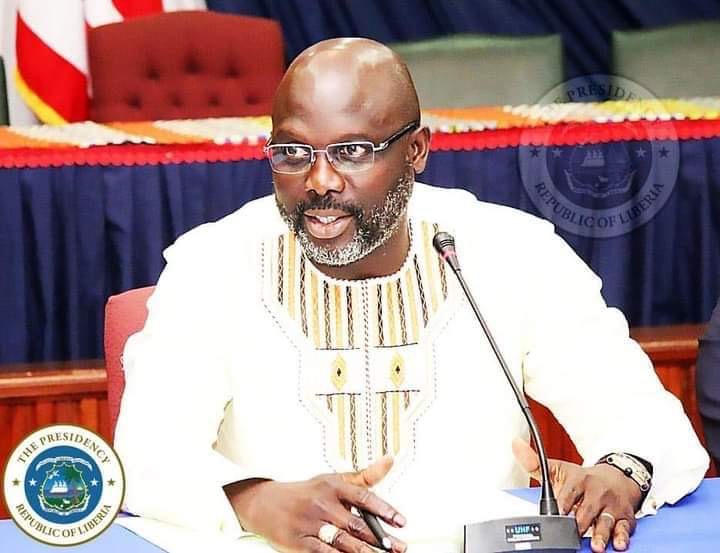 Liberian president George Manneh Weah on Tuesday submitted before the Legislature for enactment into law an anti money laundering bill.

The bill is seeking to repeal the existing ‘Anti Money Laundering and Financing Act of 2012’.
In a communication that accompanied the bill, entitled “Anti Money Laundering, Terrorist Financing, Preventive Measures, and Proceeds of Crimes Act, 2021, the President said when enacted, the law will provide enhanced measures to address unlawful financing and strengthen the country’s financial sector in line with international best practices.

Writing further, he said the new law will also address and make robust the money laundering and terrorism financing by adding thereto preventive measures such as assessment and due diligence which are not addressed in the 2012 act.

“Additionally, it will strengthen the recovery of proceeds of crime from individuals and institutions that would abuse laws governing the country’s financial system. I, therefore, your kind and timely consideration to enact into law this important legislation,” the President pleaded with the lawmakers.

Following the reading of the President’s communication by Deputy Chief Clerk J. Sayfa Geplay, Plenary unanimously voted in favor of a motion to forward the instrument to the Committees on National Security, Banking and Currency and Judiciary to report within one week.

The crafter of the existing law had hope that it would have been an antidote for money laundering and other widespread financial crimes including the illegal accumulation of wealth and financing terroristic activities.
However, despite the law and the act creating the Financial Intelligence Unit (FIU), there are reports of widespread money laundering activities in the country.

Owing to this, there have been calls for the amendment or repeal of the law which was enacted almost a decade ago, with some terming it as weak and ineffective.

The current law defines property as currency and assets of every kind in any form including electronic or digital evidencing title to, or interest in, such assets, including but not limited to bank credits, travelers situated in Liberia or elsewhere and encompasses legal or equitable interest in any such property whether: corporeal or incorporeal; moveable or immovable; tangible or intangible; and legal documents or instruments.

Declaring that the offense of money laundering shall be punishable as a first degree felony in article 15, the law states that “A person or body corporate or other legal entity commits the offense of money laundering if that person knowing or having reason to believe that property is the proceeds of crime: (a) converts or transfers the property with the intent of concealing or disguising the illicit origin of that property, or of aiding any person involved in the commission of the criminal conduct to evade the legal consequences of the conduct; (b) conceals or disguises the true nature, origin, location, disposition, movement or ownership of the property; (c) acquires, possesses or uses the property; (d) engages directly or indirectly in any transaction which involves the property; (e) receives, possesses, conceals, disguises, transfers, converts, disposes of, removes from or brings the property into Liberia ; or (f) Participates in, associates with or conspires to commit, attempts to commit or aids, abets or facilitates the commission of any of the above acts.