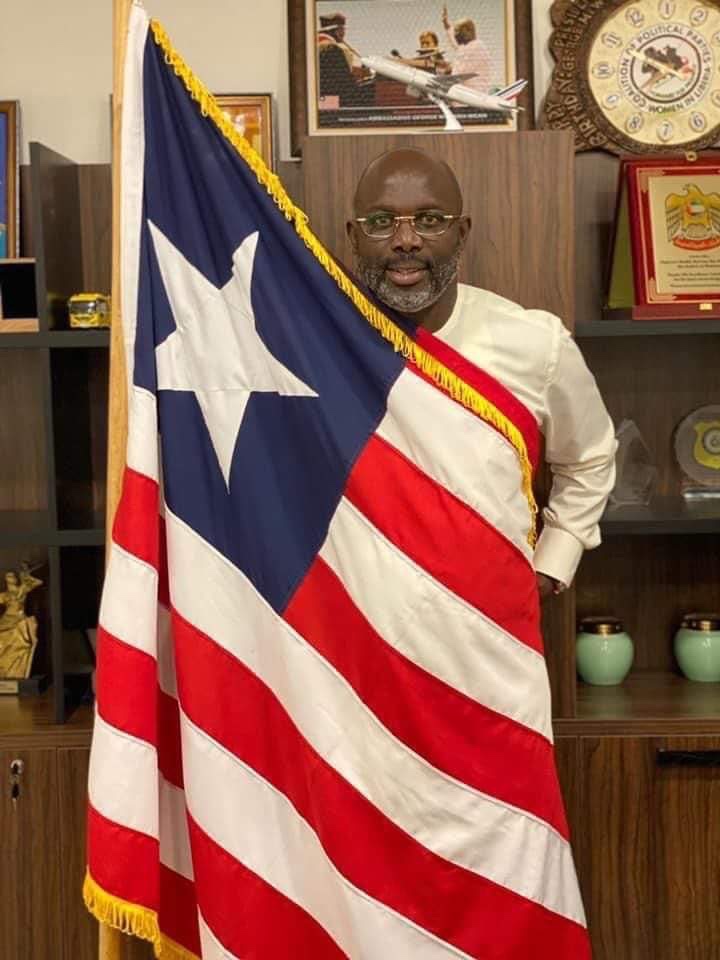 President George Weah has admonished Liberians to continue to show respect for rule of law and legal authorities in the Country.

President Weah said he has seen some Liberians going beyond their rights to free and peaceful assembly and engaging in the destruction of private and public properties; something he describes as unacceptable.

The Liberian leader delivering his August 24 National Flag Day message said his CDC government remains committed to creating the environment for free speech in the country.

He indicated that despite the free speech environment created by the CDC government, it is very important that all Liberians balance the need to have a peaceful and stable society where rights are guaranteed, against those who would use those rights to infringe upon the rights of others.

The Liberian Chief Executive said Liberians should be proud and stand firm in claiming the future together, in order to see Liberia rise again.

He admonished citizens to always love their flag, adding that the flag symbolizes and identifies the way of life of the people.

The head of state further called on Liberians to bear in mind that the Lone Star is the country’s symbol of Peace and National Unity.

Meanwhile, the Liberian leader has encouraged all students in the country to take their education very seriously to better their future.

He noted that his government continues to pay the WASSCE fees for 12th graders, and provide financial support for their tutorial classes, while the free tuition policy at the state-run universities and all public colleges in the country is being fully implemented.