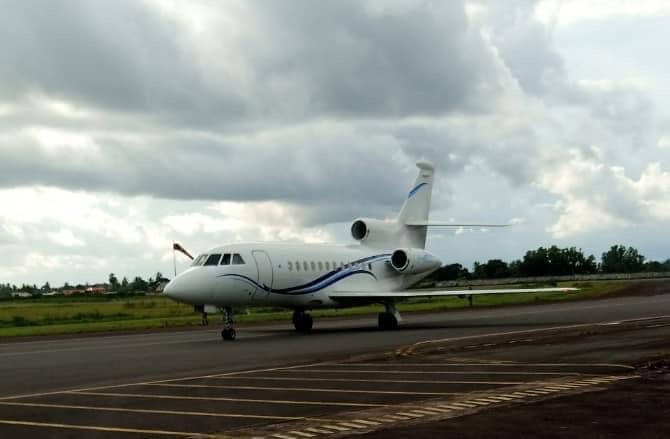 Liberian President George Manneh Weah is back home after taking part in an extraordinary ECOWAS summit in Accra, Ghana.

President Weah left Monrovia early Sunday morning on 30 May 2021 to join other West African leaders for a conference on the current military situation in Mali.

Meanwhile, President Weah approved the suspension of Mali from the regional block with immediate effect until elections are held in 2022.

In a short conversation with reporters at the Roberts International Airport after President Weah and his entourage got back in the country on Monday, May 31, 2021, Information Minister, Ledgerhood Rennie, described the summit as successful.

Minister Rennie said President Weah competently and appropriately advanced the arguments in favor of the government and people of the Republic of Liberia at the Accra Summit.

The Minister of Information said that the government and the people of Liberia welcomed the outcome of the summit, as the situation in Mali equates to instability in the region.