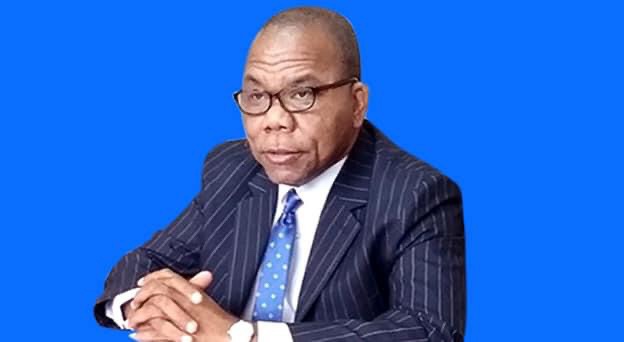 Senate Pro-Tempore, Albert Chie underscores that Brownie Samukai is still under what he terms as legal constraints of the Supreme Court, despite the suspension of the two year prison sentence by President Weah.

Addressing legislative reporters Tuesday on Capitol Hill, Pro-Tempore Chie stressed that the Liberian leader only suspended the prison sentence of Samukai, and as such; the senatorial seat remains vacant as the Liberian Senate has officially notified the National Elections Commission.

It can be recalled Tuesday, President Weah in pursuant to Article 59 of the 1986 Constitution with immediate effect, ordered the suspension of the two year prison sentence imposed on former Defense Minister, Brownie Samukai, following his conviction by the Supreme Court of Liberia.

The President further directed the Minister of Finance and Development Planning to make full payment of the outstanding balance of the Armed Forces of Liberia money, while Samukai is going through the stipulation payment agreement.

Meanwhile, Senate Pro-tempore Albert Chie has clarified that the communication sent to the National Elections Commission from that august body informing the NEC about a vacancy in Lofa County was done through consultation and agreed by more than 20 senators in their leadership meeting.

Senator Chie further indicated that he has informed the NEC on more than three occasion, similar to the most recent communication sent to that electoral body in his capacity as Presiding Officer, not thePresident of Liberia; something he said the constitution supports 100%.