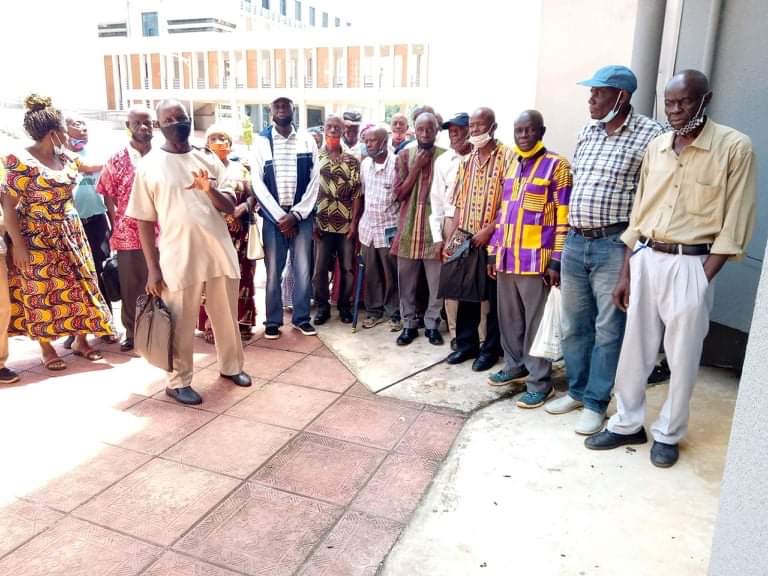 Several employees of the Ministry of Internal Affairs from the central office in Monrovia who were recently reported to have been pension by the institution have expressed frustration over what they termed as “illegal pension”.

The aggrieved employees speaking in separate remarks to a team of journalists on Tuesday, September 21, 2021, at the Ministerial Complex in Congo Town indicated that since their pension was announced in early September by the Deputy Internal Affairs Minister for Administration, Momolu Johnson, they are yet to receive their pension letters and other benefits.

According to them, the Internal Affairs Minister Varney Sirleaf earlier told them that he has no idea about the pension of any workers or employees of the ministry, something they said is unbelieving.

The aggrieved employees are at the same time calling on President George Weah for swift intervention in their situations, adding that, they want for the pension documents and other benefits to be well define.

They furthered noted that taking placards on the streets in the name of protest to call the President attention is not the right solution at this movement therefore, the aggrieved pension employees said they calling on the authorities of the Ministry of Internal Affairs to act now.

“We are not refusing to be pension, but we want our pension letters and benefits,” they said.

“How will you wake up one morning and just tell somebody who have been working with you for over 25 years and just say to them that you are pension without giving them pension letters? You gave us employment letters when you were about to employ us, but today, you are allowing us to go empty handed,” they stated.

“As we speak, Deputy Minister for Administration Momolu Johnson has already told us that we are not taking pay for the month of September on grounds that our pension begins this month,” aggrieved pension Internal Affairs employees added.

The pension Internal Affairs employees who are 60years and above including both male and females also planned to campaign against the CDC-led government comes 2023 elections if their plights are not address.

“You think ‘George Weah’ does not want vote with elections period just around the corner? You might be thinking that just the little over sixty persons from the central office but we are capable of campaigning against CDC comes 2023 elections to ensure they don’t get re-elected because of the way you people are taking us,” they mentioned.

Meanwhile, the Deputy Internal Affairs Minister for Administration Momolu Johnson said the Ministry of International Affairs is working tirelessly with the Ministry of Finance and Development Planning, and Civil Service Agency to ensure the retirees get the letters with benefit attach in sooner possible time.