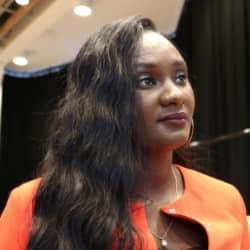 The Plenary of the Liberian Senate has resolved to separate the confirmations of Director General-Designate, Madam Emma M. Glasco and Deputy Director for Administration-Designate, Mr. Augustine M. Manoballah of the National Fisheries and Aquaculture Authority (NaFAA).

Plenary’s decision followed a report from the Committee on Agriculture, Fisheries & Forestry recommending the confirmation of both nominees based on their performances at NaFAA overtime as stipulated in a report submitted by the nominees.

However, following deliberations by Senators in session, Plenary decided that the Committee provides separate confirmation reports for the two nominees and that both nominees must submit separate reports on their performances at the National Fisheries and Aquaculture Authority.

According to a release from the Press and Public Affairs Department of the Liberian Senate, Plenary reached a decision to return the report from the Committee on Agriculture, Fisheries & Forestry back to the Committee, which is expected to inform the nominees of the decision by Plenary to separate their nominations, which will be incumbent upon each nominee to present separate submission of individual performances accompanied by an overall performance report of the entity.

The Committee on Agriculture, Fisheries and Forestry has however, been charged with the mandate by Plenary to prevail upon the nominees to make their submissions as soon as possible in order to afford Plenary the need to act on their confirmation in the soonest possible time.

The Committee in its finding, recommended that the two nominees be confirmed based on their excellence performances in transforming the fishery sector, especially, the attraction of foreign investment through grants.