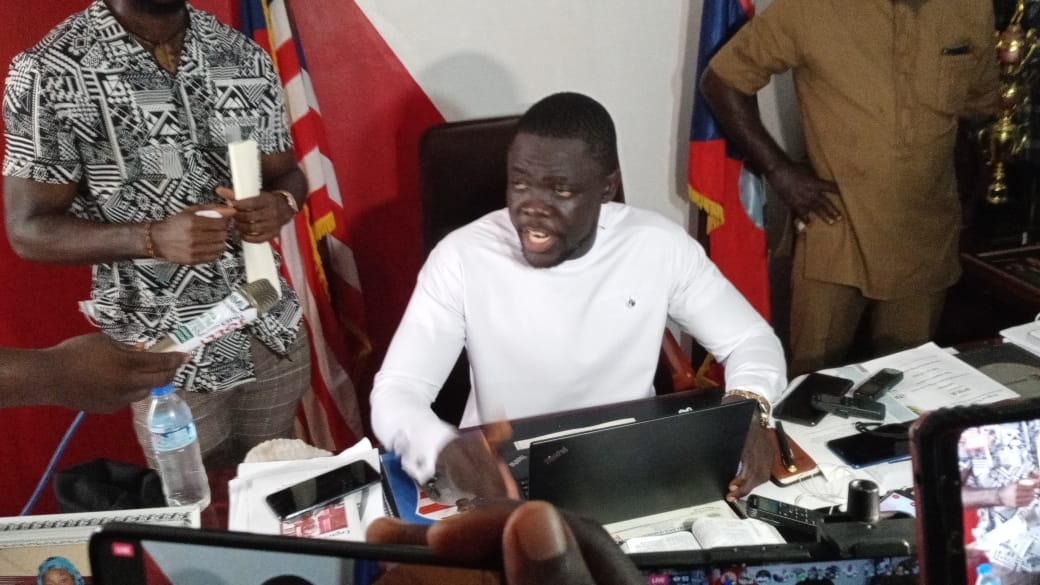 Monrovia: Apparently, senators on Capitol Hill, after they were bombarded with criticisms , when they accepted US$ 30k each, and don’t want a repeat of what occurred , have demanded members of the Ways, Means and Finance Committee to remove from the Draft National Budget line items under the Legislative Operation Funds to prevent them receiving US$ 30k in this year’s Budget.

Well, one member of the Lower House who believes that his colleagues must not accept that money is District# 9 Lawmaker, Frank Fokoe.

Speaking in a  news conference at  his Capitol Hill office,  Hon Fokoe  said , he has written a letter to the Senate Po- Tempore for members of the Senate not to accept such an allotment in the budget,  while other basic needs in the country are lacking.

He said in a communication to Senate Pro- Tempt, Albert Chie that he was misled initially to have allowed the Senate made such an allotment in the budget.

The District #9 lawmaker said , as President Weah continues  to stress,  education  is the  right for every child and not a privilege.