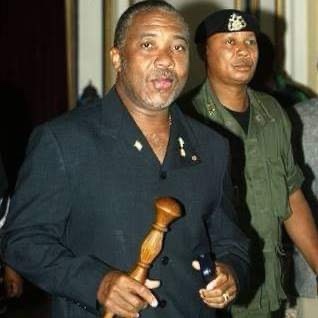 For allegedly violating his right to property, Liberia’s former president Charles Taylor has filed a suit before the Ecowas Community Court of Justice alleging the violation of his right to property by the ‘refusal’ of the government of the Republic of Liberia to pay his pension and retirement benefits since his ‘resignation’ on 11th August 2003.

In the suit, the former President said the action of the government constituted a violation of his human rights, particularly the right to freedom from discrimination, equal protection of the law, right to dignity, fair hearing and property as guaranteed under Article 2,3, 4, 7 and 14 of the African Charter on Human and Peoples’ Rights.

The Act, according to the suit, relates to the retirement pension of the President and Vice President of the Republic of Liberia, the Speaker and Deputy Speaker of the House of Representatives, the President Pro-Tempore of the Liberia Senate and Members of the Liberian Legislature, the Chief Justice and the Associate Justices of the Supreme Court of Liberia.

According to him, Sections 1 and 2 of the Act, which was published on 26th November 2003, a ‘former President who honorably retired to private life and who is not in any way gainfully employed by Government shall receive from Government a pension equal to fifty percent of the salary of the incumbent President.”

According to the initiating application, a former President is also expected to be provided with a personal staff and facilities for the remainder of his/her life in an amount that shall not be less than US$25,000 per annum.

The Act also provides that the surviving Spouse of a Former President shall be entitled to receive annuity equal to Fifty percent of the pension received by the former President.