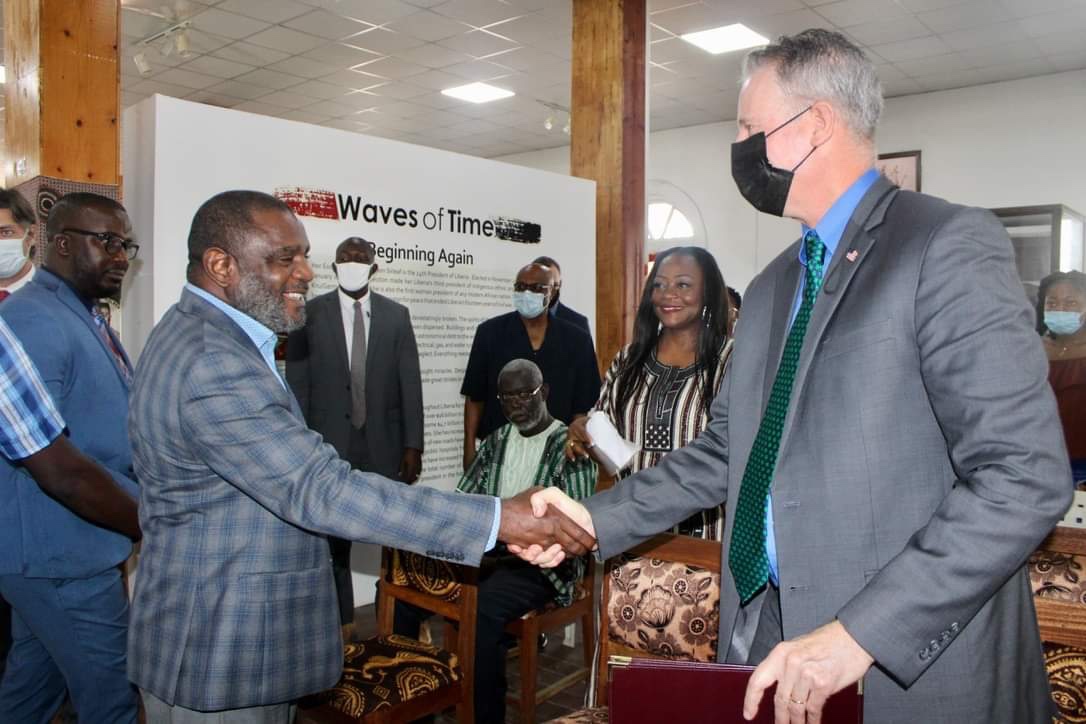 US Ambassador Michael McCarthy has presented to the National Museum 20 historical photographs taken in Liberia by photographer Charles Allmon, an American Supervisor for the Firestone Natural Rubber Company from 1943 through 1946.

Allmon’s Photographs document some of Liberia’s history in Harbel and around Monrovia during that time.

Ambassador McCarthy, while presenting the photographs, said he hoped the photographs will enhance the museum’s collections and be a historical attraction for visitors.

In addition, Don Darden, the General Manager of Firestone Liberia, and Richard Falla both attended representing the important historic connection between Harbel, Firestone, and Liberia.

Both the United States and Liberia have rich pasts, including diverse communities, cultures, and traditions, many of which reach back thousands of years before the founding of our modern nations.