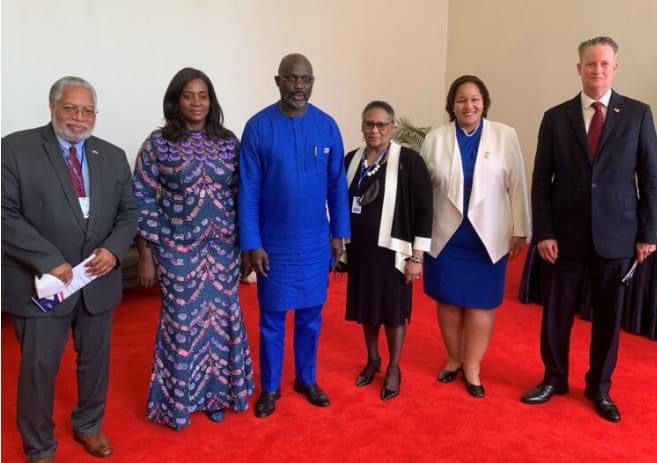 The Head of US President Delegation to Liberia for the Bicentennial Celebration, Ms. Dana Banks, is urging a stronger and collaborative fight against Corruption in Liberia.

Ms. Banks made the statement Monday, February 14, 2022 during the official program marking the Bicentennial celebration in Paynesville City.

Ms Banks comments point to the reality of strengthening anti-graphs Institutions financially to enable them to have the teeth to bite for transparency and accountability.

She highlighted that most of Liberia’s Presidents have prioritized personal short term gains over long term national interest in the fight against Corruption, something which keeps the country far from attaining the best with corruption fight and off most Liberians out of poverty.

The US Head of Delegation told the gathering that Liberians should move away from the beliefs that the US and the International Community may provide solutions to the long term problem of Corruption, something she said would require the Country’s own fight.

“So let me be clear, the United States is a proud and dedicated partner and friend of Liberia, but ultimately only the Liberian government and the Liberian people can tackle corruption, fight for accountability and Transparency and move this country forward”, Ms. Banks noted.

She added that Corruption is an act of robbery which denies people including Liberians from accessing basic social services such as education and health care among others.

Since 2012 Liberia continues to drop below the lines in performance of the fight against Corruption.

The US head of delegation Ms. Banks highlighted that though there are more anti-graph Institutions, Government has failed to adequately support and exert influence on those institutions, thereby describing corruption as a point that subverts economic opportunity, exacerbates inequality and erodes integrity.

“Too many of Liberia’s leaders have chosen their own personal short term gain over the long term benefit of their country” She said.