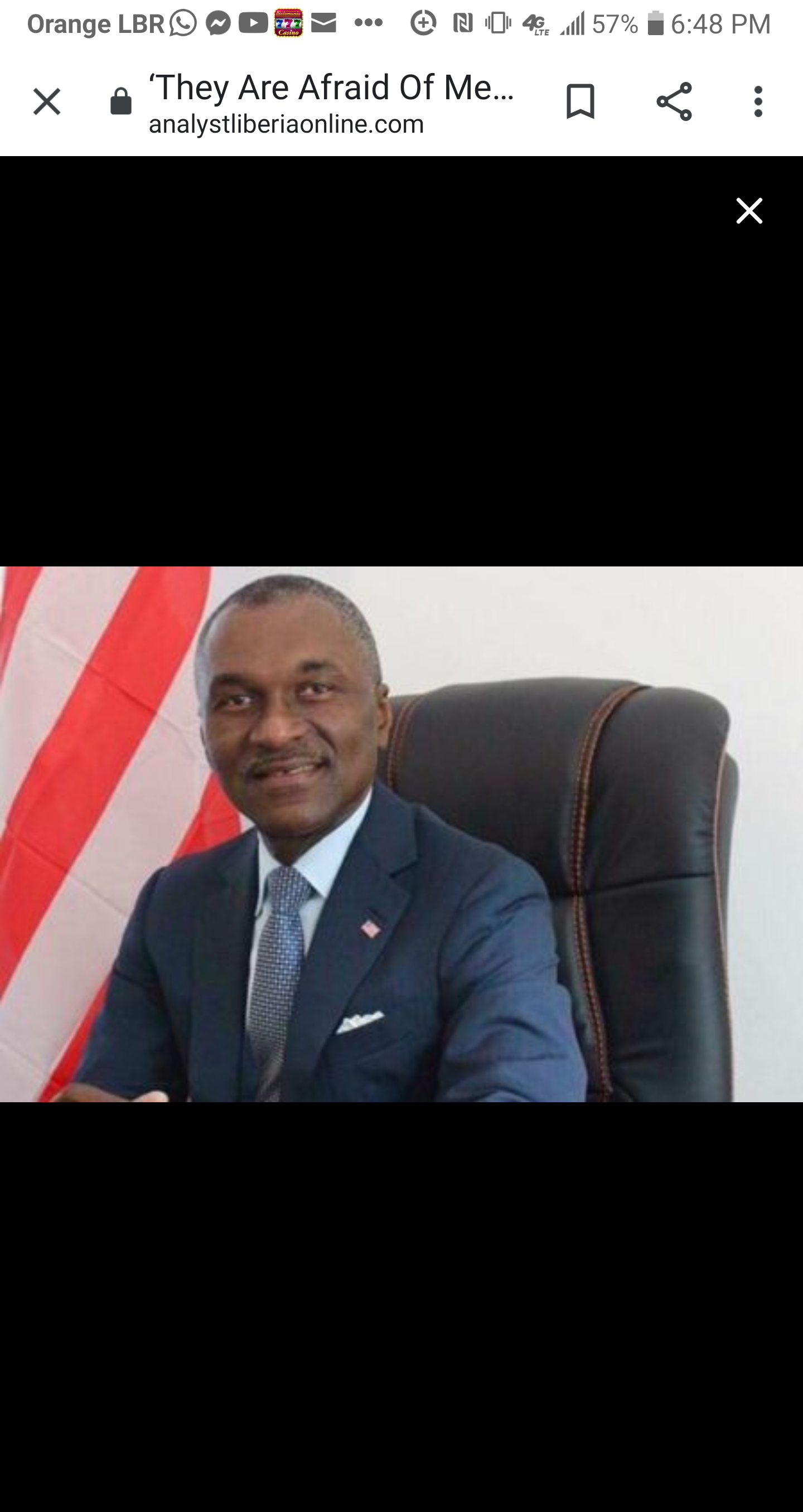 In his  first official response since the arrest warrant, Mr. Cummings said, their accusers, Mr. Benoni Urey and his All Liberian Party (ALP), and the Government of Liberia know those charges are baseless and false.

“We also now know that Mr. Urey and the Government of Liberia are not alone in this conspiracy to lie and tarnish our hard-earned reputation and integrity.

By now, I am sure that many of you have heard that Senator Daniel Naatehn, Attorney Aloysius Toe, and I, Chairman, Secretary-General and Standard Bearer of the Alternative National Congress (ANC), have been threatened with arrest, and are currently on trial before the Monrovia Magisterial Court, at the Temple of Justice. We have been charged with ‘forgery and criminal conspiracy.’”

The Monrovia City Court weeks ago ordered the arrest of Mr. Cummings, based on a lawsuit filed by his CPP colleague Benoni Urey.

The Writ reads..
You  are hereby commanded to arrest the living bodies of Alexander B. Cummings and others to be identified, defendants and forthwith bring them before the Monrovia City Magisterial Court, Temple of Justice, to answer to the crime of Forgery and Criminal Conspiracy, based upon the oath and complaint of the Republic of Liberia by & thru All Liberian Party by & thru its National Chairman, Theodore Momo, plaintiff in which it is substantially alleged as follow to wit:

“That during the period of AD 2020, up to and including July, AD 2020, in the City of Monrovia, Montserrado County, Republic of Liberia, the within named defendant being there and then in violation of section 15.70 of the New Penal Law of Liberia, purposely connived, conspired, and jointly did alter the frame work documents of the CPP, thus deceiving the private prosecutor and the public regarding the content and averments of the said document specifically the period a part may exit from a CPP, which was unresolved, but said defendants out of deception surreptitiously altered same, thereby making it to appear that the party has formerly resolved that issue and others appertaining thereto. The alleged act of the defendants being unlawful, wicked, criminal, illegal and intentional is in violation of section 15.70 and 10.2 of the New Penal Law of Liberia there and then the crimes herein the defendants did do and commit.”

But responding to the allegations, he described as sad, that Urey and the government are being backed by the same people in the CPP to cause confusion.

“Sadly, Mr. Urey and the government are also being supported and cheered on by other leaders and members of the CPP with whom we have worked for more than two years but who are now desperate to break up the CPP out of fear of democratically contesting against us and losing in a primary, the process we agreed to use to choose the Standard Bearer of the CPP in the 2023 Elections.”

He said,  his accusers are aware that they will lose to him , and because of that,   they now want to break their promises to the Liberian people, but are too cowardly to take responsibility for breaking up the CPP.

“Hence, they are joining with the government to contrive a lawsuit against the CPP, after more than two years of its continued existence under the same set of rules and obligations,” the ANC Leader said in a statement to the nation on Sunday.

He  announced that his party has assembled a team of great lawyers through whom “we are confident the truth will be revealed, the hypocrisy will be exposed, and we will win, and be vindicated.”

According to Mr. Cummings,  he feels targeted in a conspiracy to break up the CPP for which his accusers have “trumped up those  false charges against him  and the ANC. This is what this trial is about”.

He added: “This is wrong politics. And all Liberians need to pay close attention to this, and join us in acting and speaking out against it.”

Cummings said in 2023 and beyond, Liberians have a right to choose who their leaders will be, and that neither the ruling government nor its favored opposition has any business,  deciding for the Liberian people who they would like to run against , by politically persecuting the candidate they are afraid of so as to exclude him or her from the electoral process.

“There are many examples all over the world where this type of behavior is practiced, and it has led to some of the longest running and most devastating regimes the world has seen.

In such situations, the people most negatively impacted are everyday citizens and those who benefit are those at the top. This is not one of the rights we give to the government to exercise over us: the right to choose on our behalf.”

Cummings accused  the Weah’s  government of conniving to accuse him, something he said is a “violation of his rights, and an abuse of the powers constitutionally given.

The right to choose our leaders every six years or in any election is a right we the people continue to constitutionally withhold for ourselves collectively as Liberian citizens.

Through this trial, the government and its opposition collaborators are now looking to take away that right from the people of Liberia. Again, this is wrong politics, and it is dangerous for the peace of OUR nation”.

Mr. Cummings boasted that his colleagues took him to court because, according to him,  they “fear me. I am not a typical politician.”

“The government knows it cannot bribe me, or shut me up. My friends in the CPP know I am dead serious about promises I make. My track records of results speak for themselves.

My opponents know they cannot frighten me or blackmail me – not even with false charges and political persecution. They know this because all I am interested in is helping to change our country for the better – to let make us do the right things because it will make Liberia better. And they know I mean it.”

Concluding his statement, Mr. Cummings rallied the support of Luberians not to give up.

“Now is not the time to give up. Like they say, when evil men connive, good people must unite. If you think things are bad, if you are unhappy with where your country is, if you are tired of your living conditions, the time to act is NOW. All across the various tribes, regions, religions, genders and parties, if we don’t stand up and act together, as strongly and as decisively as we should for real change, I assure you…. things will only get worse! And it will not just get worse for us today, it will be worst for our children and their children, tomorrow.” , he concludes.