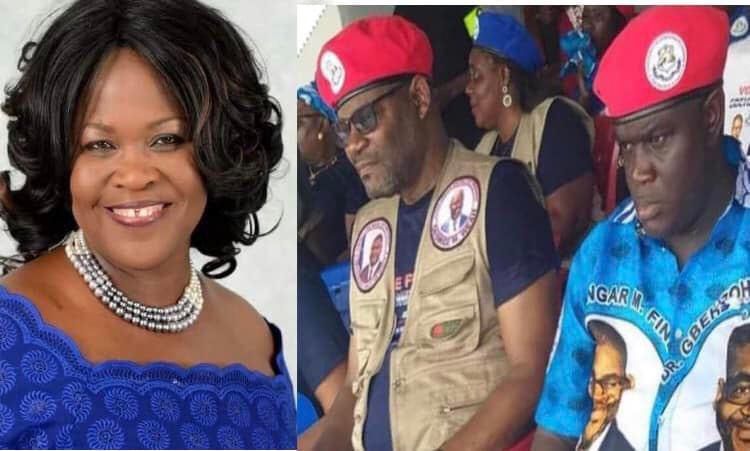 Liberia: A defeated Senatorial Candidate in the 2020 election for Grand Bassa County, Magdalene Harris , has become sounding a caveat that 2023 is a free ride for her and not Gbehzongar Findley.

Rep. Joe said “ Mr. Gbehzongar Findley, was narrowly defeated by incumbent Grand Bassa County Senator, Nyonblee Karnga-Lawrence, because of three reasons that we have gotten to understand and so this 2023 will be an easy ride for us “.

Representative Matthew Joe made the statement during a strategic consultation ahead of 2023 Legislative elections which brought together hundreds of supporters of the former Senatorial Candidate.

The meeting was characterized by frank exchange of ideals and assessment of strategy, for their defeat in 2014 and 2020.

He furthered “ I have no fear about the 2023 Senatorial election because our supporters have pledged to go throughout every town, and district to campaign for the reelection of Mr. Gbehzongar Findley, to the Liberian Senate”, he added.

The lawmaker told the public that they’ve agreed to conduct a dollar rally to support the reelection bid of Hon. Gbehzongar Melton Findley, come 2023.

For his part, Hon. Gbehzongar Findley promised to respond to the citizens’ petition to re-contest by end of February 2022.

But in reaction, Magdalene Harris said , the statement made by Representative Matthew Joe is comical and needs to be checked critically, claiming she’s the best choice come 2023.

“ I want to let the public know that 2023 is a free ride for me and not Findley because I am prepared and ready to deliver Grand Bassa at the Liberian Senate “.

Representative Matthew Joe has forgotten that he won’t be the campaign Chairman for Findley 2023 because he will be contesting as well”, she added.

Madam Harris intoned that Representative Joe is a CDC lawmaker, who will contest on the Coalition for Democratic Change ticket , adding that if former Senator Findley contests as independent Candidate or on another ticket , CDC won’t allow Representative Matthew Joe to support him .