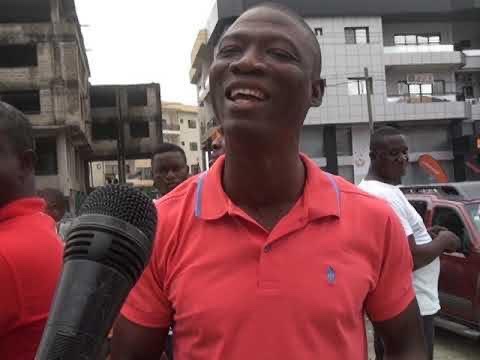 Controversial Montserrado County District #10 Representative, Yekeh Kolubah has said as far as he is aware, the CPP is not divided.

He disclosed that the Unity Party and ALP are still members of the Collaborating Political Parties.

Speaking with Journalists during a rare attendance at the National Elections Commission ongoing hearing involving the CPP and the UP/ALP, Representative Kolubah said all the cases within the CPP are only intended to sow a seed of discord amongst members of the opposition community.

The tough talking opposition lawmaker added that while he is aware that there will always exist disagreements in any organization, supporters of the CPP need to hold together.

Representative Kolubah disclosed planned to rally supporters of the four Political Parties to pressure all Political leaders to begin a process of reconciliation.