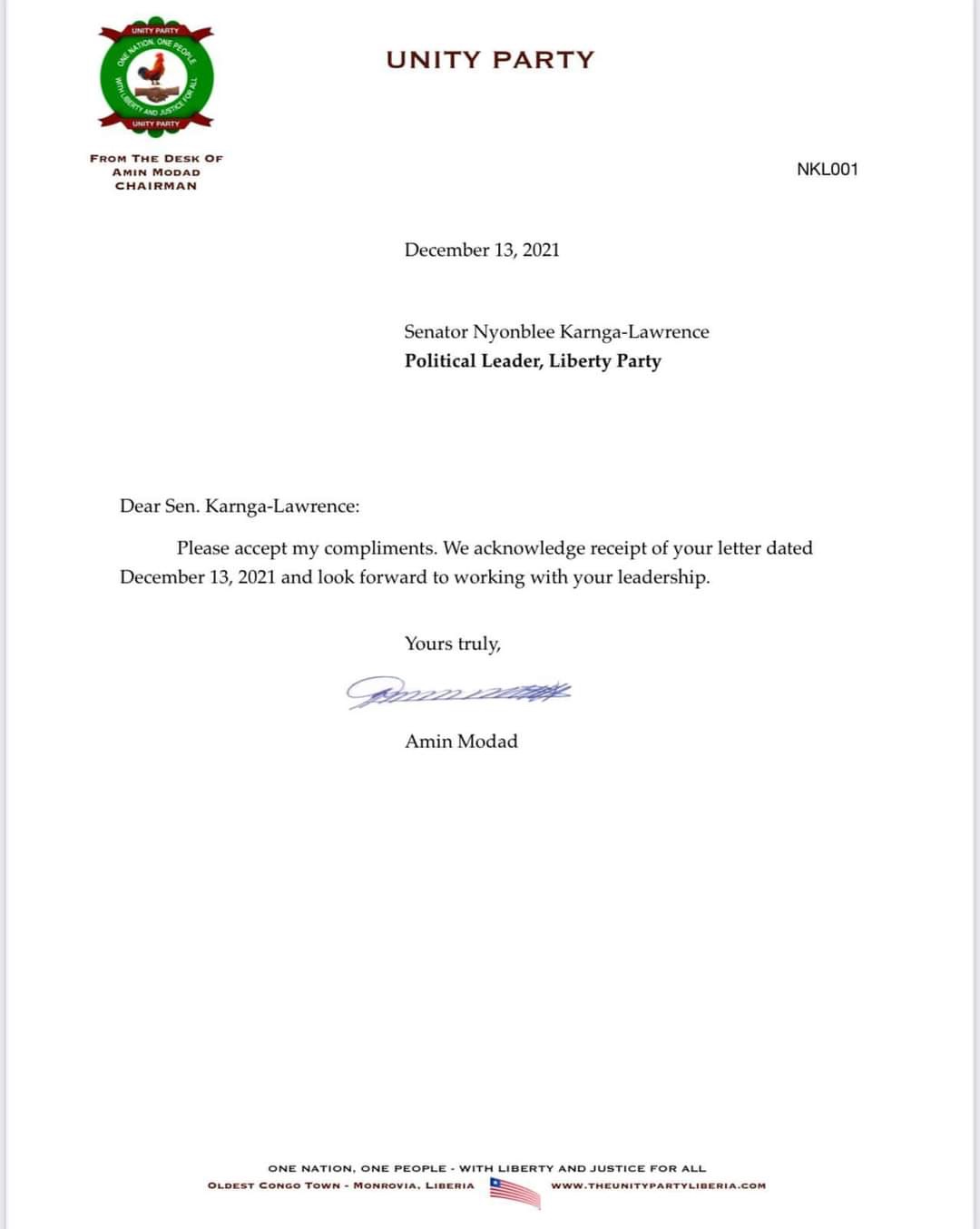 Many thought that the decision by the National Elections Commission to have recognized Musa Bility as Liberty Party Chairman would have ended the political impasse within the party, but it appears that such a thought is just thousand miles away from manifesting into reality.

Mr. Bility warning to CPP not to do business with Senator Nyonblee Karnga-Lawrence and confidants, has been downplayed.

Days after NEC rejected a move by Senator Karnga-Lawrence to nullify the party’s 2021 amended constitution, a communication from the Unity Party , signed by its Chairman, Amin Modad shows some level of defiance and a non -cooperation posture to Mr. Bility.

In a communication dated December 13, 2021, the Unity Party acknowledged receipt of a communication from Senator Karnga-Lawrence informing them that she has with immediate effect nullified Bility’s position and made changes with the executive committee members.

It’s mindboggling, that the electoral body of Liberia has recognized Mr. Bility as the legitimate chairman of LP, but the UP, one of the constituent members of CPP is still recognizing the embattled political leader of the party.

What is even more surprising to many, is that the current Political leader of the CPP, Amb. Joseph Boakai is conspicuously silent when these things are happening under his watch as head of the CPP.

He Mr. Bility has since sounded a caveat that the CPP will collapse, if member parties continue to do business with Senator Nyonblee Karnga-Lawrence, LP embattled chairman.

It remains to be unseen what could be the next action by the Liberty Party Chairman, Musa Bility.