The President of the Republic of Liberia, H.E. Dr. George Manneh Weah on Tuesday, April 27, 2021 was awarded Sierra Leone’s most prestigious honor, The Most Distinguished Grand Commander of the Republic of Sierra Leone. According to an Executive Mansion release, the Liberian leader was also hailed for fostering peaceful coexistence and his service to humanity.

Continuing, the citation of the honor read, “you are a soccer legend and a global ambassador for peace. Today’s award recognizes your selflessness and resourcefulness in contributing to the attainment of peace in Liberia, which also has a far-reaching effect on neighboring sister Republic of Sierra Leone.” 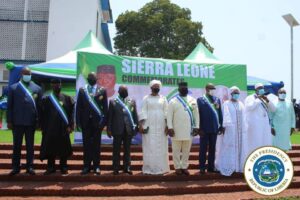 “But equally important is your tireless march alongside your peers of the Mano River Basin and the ECOWAS Community to promote sustainable peace, stability and socioeconomic transformation in the subregion in order to improve the quality of life of your people,” Dr. Weah was further praised. 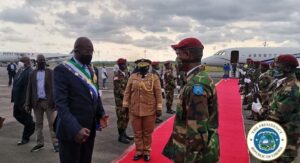 The government and people of Sierra Leone hailed the Weah administration’s development agenda which focuses on peace and security, economic revitalization, infrastructural and service delivery, governance and the rule of law.

President Weah was further hailed for his “enduring service to the world, the subregion and your country. Today, we celebrate a great African, an enduring personality, role model, and a philanthropist, President George Manneh Weah”. 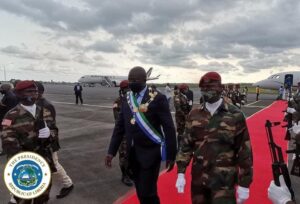 The Liberian leader was among West African and world leaders that witnessed and participated in Sierra Leone’s 60th Independence celebration activities on April 27, 20Awarded