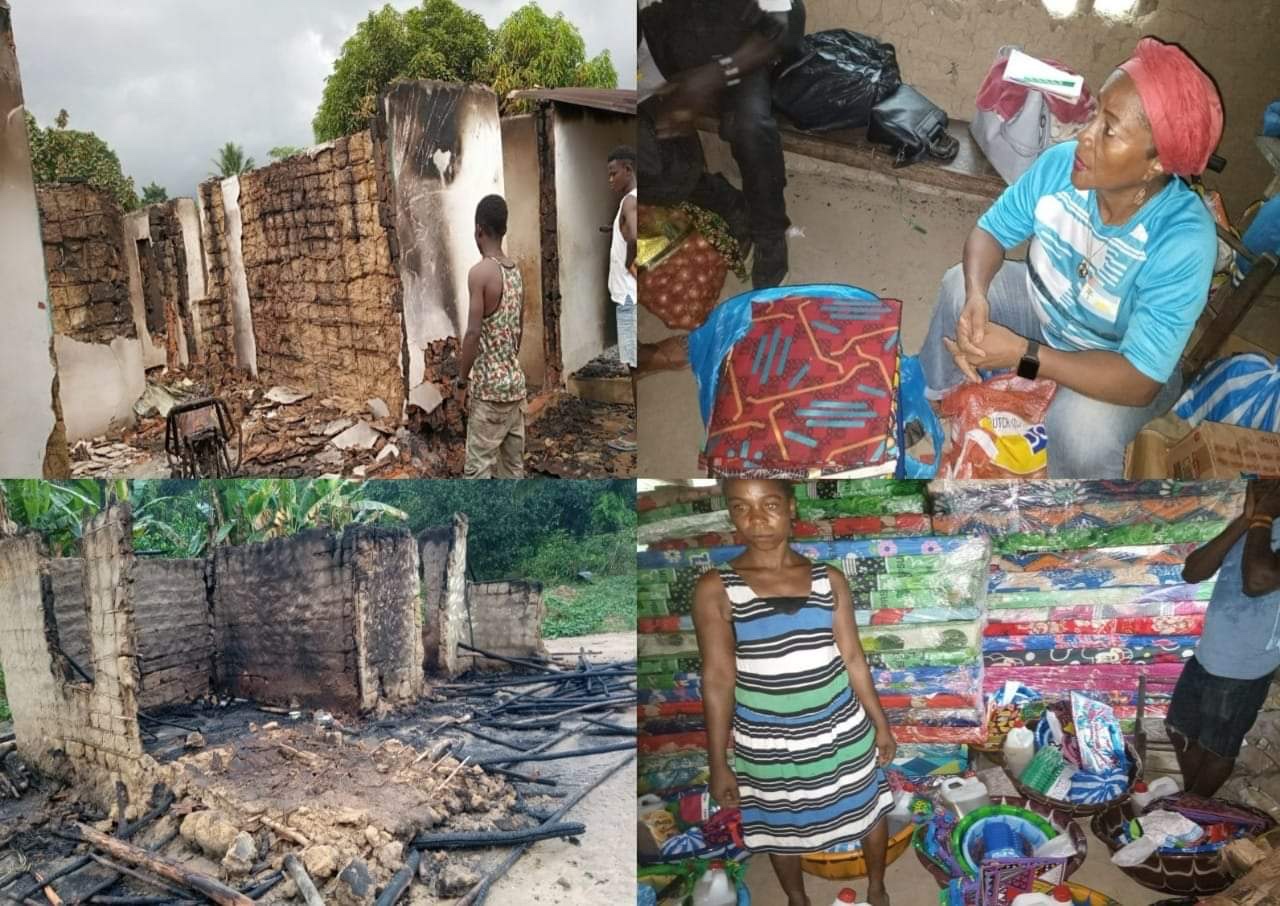 The fire which gutted the entire town is said to have destroyed more than eighteen (18) Homes and burned to ashes their rice kitchens; thereby leaving several families homeless.

The arson incident occurred on March 8 & 9, 2022 during the early night hours of March 8, 2022, about five (5) houses were burned down. Later, around 1:00 am Thursday, March 9, a group of unknown men came back and burned the other thirteen (13) houses and all of their rice kitchens.

Donating the items Rivercess County District#1 Representative Rosanna Shaack said she was heartbroken, upon hearing of the tragic incident.

It was her way of identifying with the victims; something she said was really unfortunate for those families to be made homeless.

“We regret the losses, but I can assure you we will make sure the joint security launches a full-scale investigation. This is the reason why we have come to say sorry with our little contribution with these relief supplies,” said Rep. Shaack.

It is not clear who are those involved in the arson incident, but the Rivercess County Legislative Chair Rep. Shaack has called on the joint security in the County to launch an investigation into the matter and prosecute those who will be held liable.

Receiving the relief supplies the victim majority of whom are women and Children expressed thanks and appreciation to the lawmaker and said she was very timely in coming to their rescue.

Rivercess County is a county in the south-central portion of the West African nation of Liberia. One of 15 counties that comprise the first-level of administrative division in the nation, it has two electoral districts.

Custom City serves as the capital with the area of the county measuring 5,594 square kilometers (2,160 sq mi).