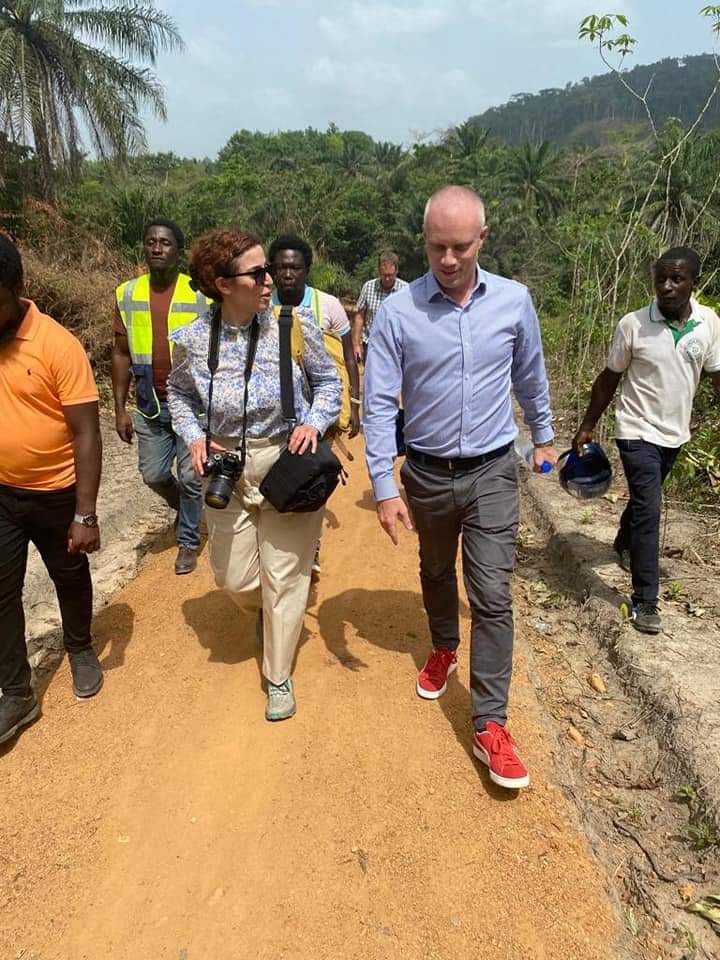 As the Government of Sweden through its Swedish International Development Agency (SIDA) continues to construct more feeder roads in the leeward counties, the need for the construction of track roads cannot be over-emphasized.

Barely a week following the visit of the Swedish Ambassador to Liberia and Secretary of State on the Nyila-Boyermah Corridor Road in Totota, another High-Level Delegation today, March 16, 2022 inspected over 10km of track roads in Gbinsy’s Town, Sanoyea District.

Flanked by other Staff at the Swedish Embassy in Monrovia, the Deputy Head of Mission for Development Cooperation expressed satisfaction for the strong partnership with the Government of Liberia.

His Excellency John Romare, who could not hold back his excitement, lauded the efforts of the townspeople in achieving such milestone.

He said with these engagements more track roads are expected to be constructed across the country geared towards linking farm-to-market roads.

Representing the Government of Liberia on the tour was Assistant Public Works Minister for Rural Development, Jackie Bernard who praised the Donor Partner for the support towards the development of feeder roads in Liberia.

Minister Bernard used the occasion to call on Stakeholders in the three counties to work conceitedly with SIDA and its implementing partners including the local NGO Lofa Integrated Development Agency (LIDA) in a bid to buttress local farmers.

For his part, Mr. Isaac Vaye the Director of the Liberian-Swedish Feeder Road Project III deaggregated the 220 km of track roads under what he called a pivot project.

According to him, the construction of track roads in Liberia is a new phenomenal aimed at feeding the feeder roads with farm-to-market goods, noting that it seeks to curtail the issue of missing links and specifically designed to upgrade and improve the original footpaths from the feeder roads to the markets.