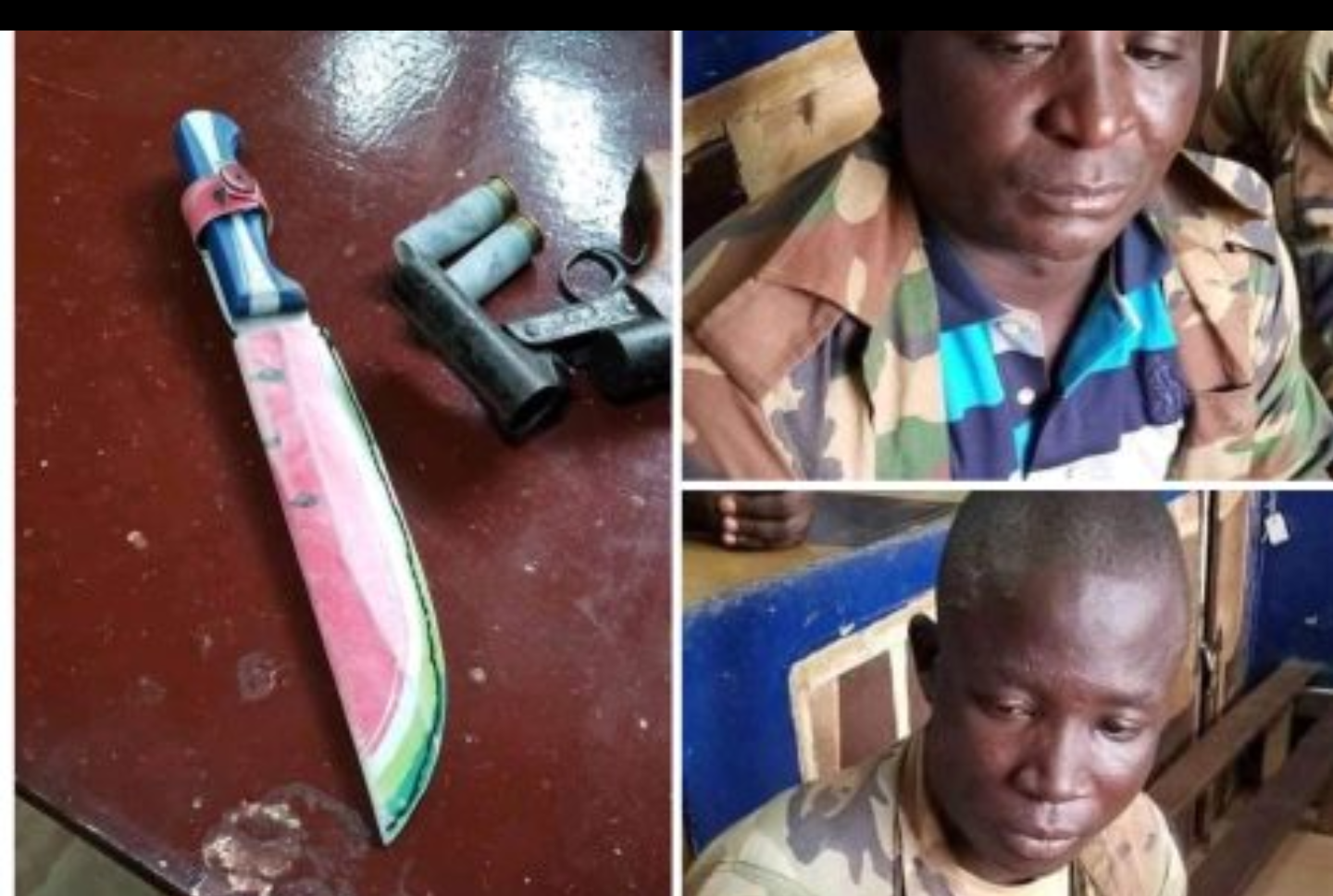 Liberia – Police in Margibi County,  has  arrested two men impersonating as soldiers of the Armed Forces of Liberia.

The suspects identified as Alvin Y. Leah and Mulbah Kinbah, residents of Cookspoon Community on the Pipeline Road in Paynesville, arrest was triggered when they were noticed in army uniforms roaming under suspicious circumstances in Kakata City, Margibi County.

Riding  on two separate motorcycles en route from Voinjama Lofa County, the two men  reportedly made a brief stop in Kakata City to repair one of the motorbikes’ tyre , when they were spotted by one Maj. John B. Kolako, Jr. of the Armed Forces of Liberia (AFL).

Apparently,  the culprits appearance led Maj. Kolako to question both of them,  who failed to produce their army’s identification cards as requested, thus creating more suspicions.

Upon a sustained interrogation, one of the accused men (Alvin Y. Leah) who had the firearm and ammunition in his possession,  confessed that he is an ex-serviceman of the Armed Forces of Liberia who has since been retired from the army due to poor health but was still in possession of his uniforms.

The suspects reportedly confessed to Maj. Kolako of not being army officers, but were  impersonating.

Their admission led to their subsequent arrest by officers assigned at the Margibi County Detachment of the  Police in Kakata.

They confessed that the unlicensed handgun and ammunition are not being carried with a sinister motive, but instead to protect their family at night hours due to the high crime rates in their Cookspoon Community on the Pipeline Road in Paynesville, Montserrado County.