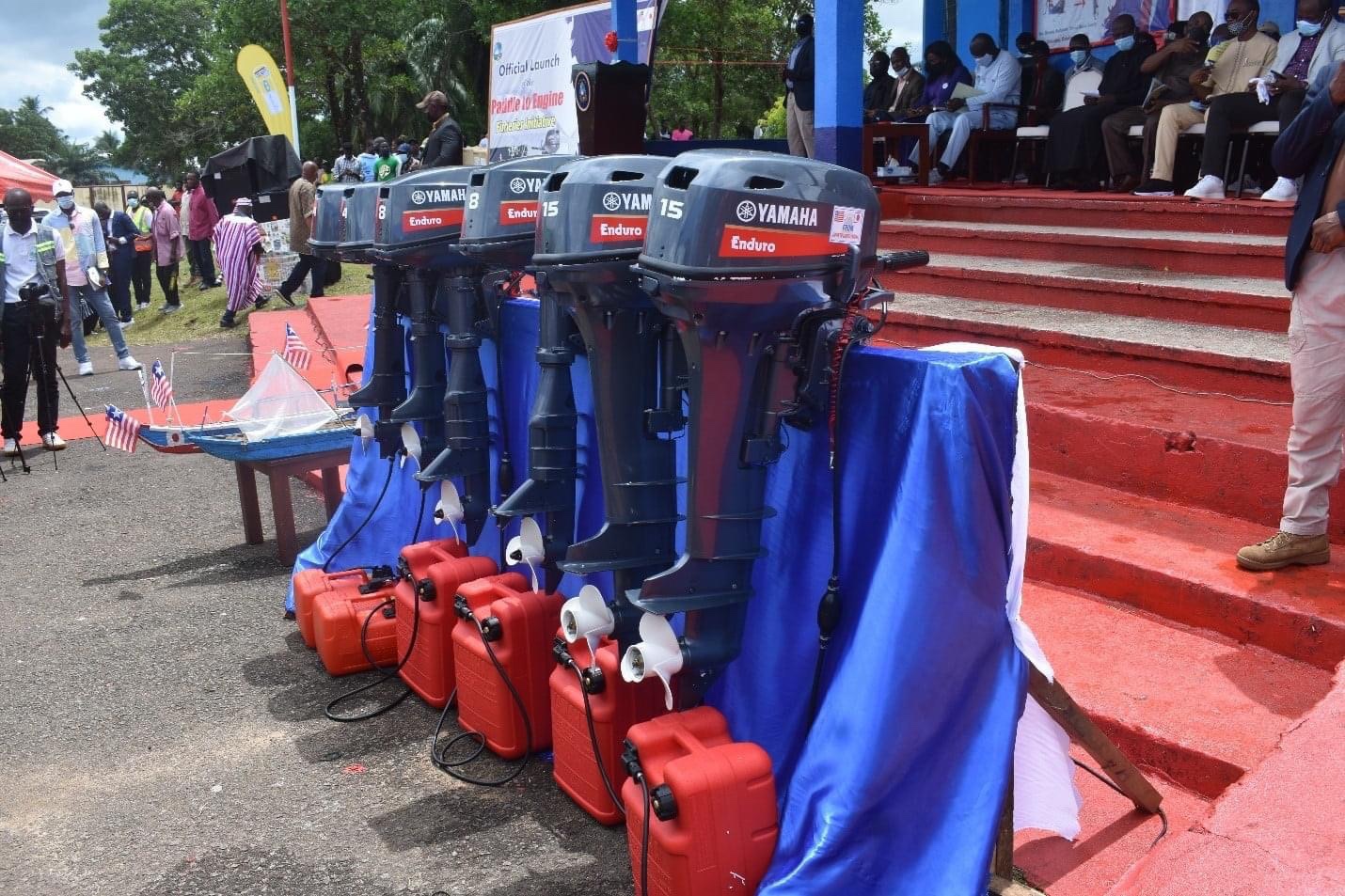 The National Fisheries and Aquaculture Authority (NaFAA) has announced the free distribution of Japanese Yamaha outboard motors and threaded nets to fishermen in southeast Liberia through their respective fishing cooperatives.

In an NAFAA statement released on Wednesday, April 27, 2022, the four counties that will benefit from the distribution of fishing gear are Maryland, Grand Kru, Sinoe and River Cess.

The exercise in the southeast follows the culminating distribution in other coastal counties, including Montserrado, Bomi, Grand Cape Mount, Grand Bassa and Margibi.
The engines were handed over to the Liberian government through NaFAA by the Japanese government, while the nets are the result of a World Bank grant.

NAFAA indicated that its Deputy Director General for Technical Services, Mr. William Y. Boeh will lead a team for the exercise which kicks off next week in Harper City, Maryland County. The shipment is currently in transit to the south-east.

The statement is quoted Hon. Boeh as saying that distribution in the southeast will begin in Harper city, Maryland County and later proceed to Grand Kru, Sinoe, and River Cess Counties.

Mr. Boeh revealed that the NaFAA engineering team will spend three days in each of the four counties to complete the distribution exercise.

“The nets and outboard engines will be distributed to fishermen in the southeast through their various fishery Cooperatives organized by the National Fisheries and Aquaculture Authority, (NaFAA) with technical assistance from the Cooperative Development Agency, CDA.

As part of a related development, national training on outboard engine operations and maintenance will be held from May 30 to June 3, 2022.

According to NaFAA’s Deputy Director General for Technical Services the Japanese government is expected to send to the country a team of experts to develop the capacity of fishermen in the effective operations and maintenance of the machines.