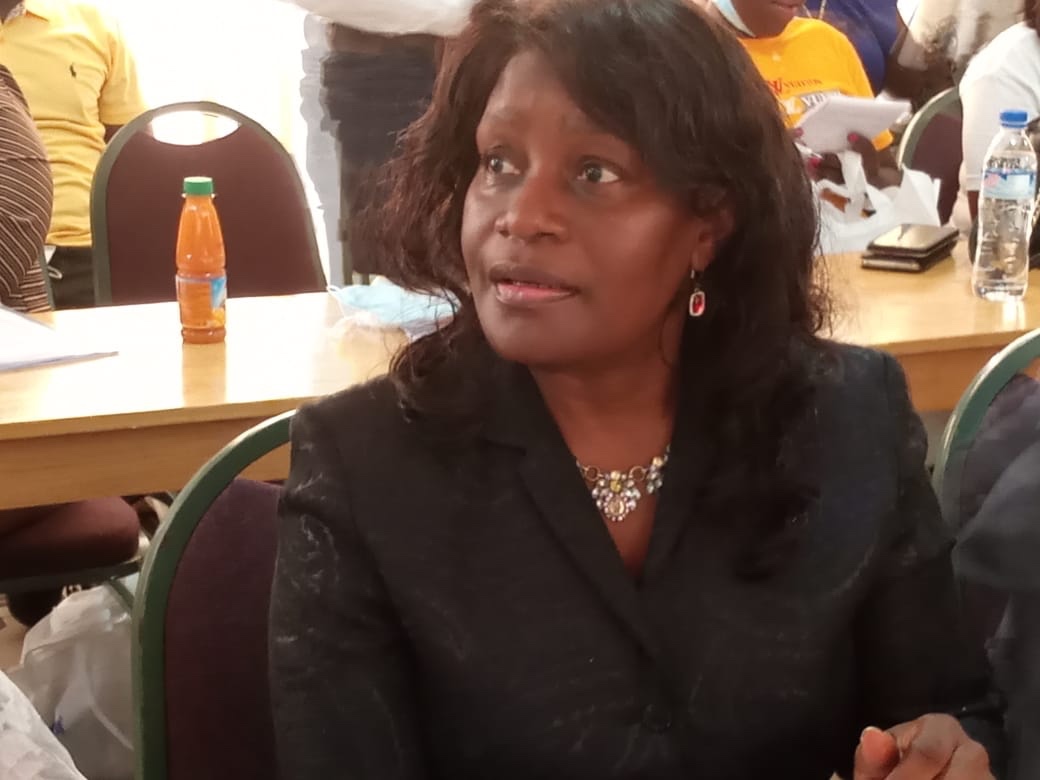 Gbanga, Bong County: With several efforts made by the global community over 15 years in inspiring and engaging Women and Girls into Science, Technology, Engineering and Mathematics (STEM) in Liberia, the Engineering Society of Liberia is Calling on the policy makers to put together a multi-disciplinary team to review the prospects available for making Liberia a manufacturing hub.

Serving as a guest speaker on Thursday, February 10, 2021, of their Fourth Annual Conference in Gbanga, Bong County, the Commissioner on Engineering and Technology from the Liberia Telecommunications (LTA), Ms. Maria G. Harrison, said the study would review what would attract global investors into the nation; with the incentives the Government would offer to those companies looking to create a manufacturing hub in the country.

She said, to attract the best and brightest minds in the developmental oriented fields including Engineering, they must look at all of the population, especially having women contribute to the engineering sector.

Ms. Harrison noted that the review will provide remedy on the deterrent factors in order to make Liberia more attractive to their potential investors.

” It’s also crucial that we work to include those that have truly been left behind in engineering. The female population represents more than 50% of Liberia’s population. However, in Liberia, it is no secret that women and girls are underrepresented in the areas of Science, Technology, Engineering and Mathematics (STEM). Over the past 15 years, the global community has made a lot of effort in inspiring and engaging women and girls in STEM”, the Commissioner on Engineering and Technology at the Liberia Telecommunications Authority added.

According to her , their major challenges in getting young girls into STEM Education include and not limited to:
1.) The Lack of role models for girls in secondary education where female teachers are fewer than male teachers.
2.)The negative attitudes of male teachers and poor approaches to teaching that are insensitive to female needs.
3.) Teaching methods that are focusing primarily on imparting theoretical content with very little opportunities for students to put that knowledge into use, while 35.9% of women at age 20–24 years old married or in a union.

She acknowledged that for Liberia to fully realize its developmental goals, women need to play a significant role in (STEM) studies and jobs.

“To All Successful Female Engineers: we can become mentors and role models for other female engineers. Female role models are important for young Engineers. As women become more prevalent in Engineering careers, more and more young girls will begin to recognize the additional career opportunities open to them. With more women in the field, it will become more evident to young girls what they can offer the world. If we cannot look up and find women who have been successful in what we aspire to do, we are less likely to be successful ourselves. The presence of women in leadership positions and the opportunity to network with them is vital to helping motivate women to advance in their careers.

To the male engineers: Serve as role models for younger males and mentor younger female engineers. Do not be a stumbling block by continuing the stereotyping that Engineering is not a Female Job. Do not stand in the way of female engineers. See them as Equal. It’s not about women versus men; Nor is it about who is better or stronger than who. There is enough room for all Engineers to work together as a Team,the (LTA) Commissioner asserted.

She maintained that, by Exposing more young girls to STEM Education with supporting Learning Opportunities in the Community and Serving as their Mentors will help to build up the human resources of engineers in developing Liberia.

Given a brief history of her educational sojourn, Commissioner Harrison noted, it was a difficult feat for her ,as the only female student in her Electrical engineering classes at the University of Liberia, but she prevailed, as she had male counterparts who saw her as an equal and wanted her to be part of the team.

“The question and challenge for all of us here today is to determine a way that we can reshape the thought processes of policy makers and the Liberian people to view Engineers as the key instruments for the transformation of Liberia and to involve engineers in the planning process in order to move Liberia from a less developed country to a more developed nation. The LTA Commissioner, Ms. Maria G. Harrison, concluded.

According to them, the Major goals of their autonomous association will contribute to national development in engineering, training, research, development and education, among others .

Meanwhile, the group unveiled that their association will develop a code of ethics and guidelines to regulate institutions and members practicing engineering in the Country while developing codes and standards related to the practice of Engineering in Liberia will remain their focus.

They said it will serve/and assist all agencies of Government and private institutions in executing codes and standards used in the practice of engineering in Liberia.

Going further, they are urging the 54th Legislature, especially the Pro Tempore of the Liberian Senate, Engineer Albert Chie and The Speaker of the House of Representatives Engineer Bhofal Chambers to work with their colleagues in passing into law, the Act of the Engineering Society of Liberia, which will certainly be the most fundamental instrument to push forth the Engineers into sustainable development of the Country.