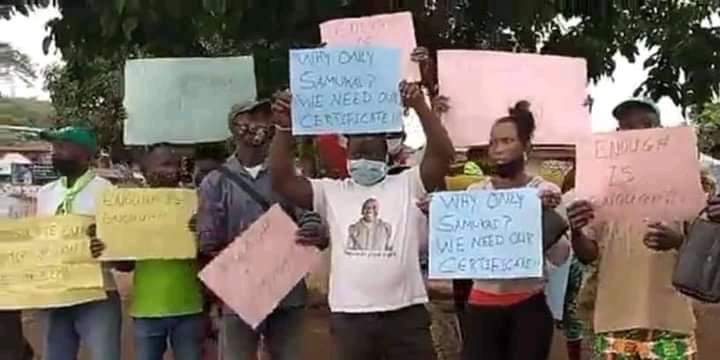 As the certification of Lofa County Senator Brownie Samuka hangs in the air, a group under the banner, “Patriotic Citizens Against Criminality in Lofa County” has threatened counter-protest action against recurrence of civil disobedience in Lofa.

Addressing reporters over the weekend, the head of the group, Vamuyan Konneh said it was wrong for supporters of Senator-elect Brownie Samukai to infringe on the rights of other Lofa citizens in the absence of a final ruling into the matter that is before the Supreme Court.

Konneh asserted that his group will resist the recurrence of such protest in Lofa, noting that aggrieved supporters must learn to respect the rule of law.

The Patriotic Citizens Against Criminality in Lofa also called on the Supreme Court to ensure fair judgment in the case involving Senator-elect Brownie Samuka.

It can be recalled in recent days that citizens believed to be supporters of Lofa County Senator-elect Brownie Samuka have been holding a series of protest actions in the county, demanding the certification of their Senator-elect.