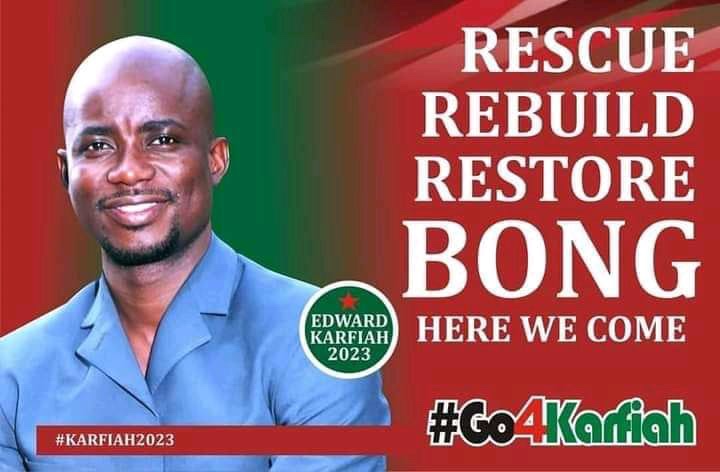 Speaking during the launching exercise, Representative Karfiah said while it is true that Bong County is one of the largest counties in Liberia, the county totally lacks economy empowerment – a quest he hopes to settle upon election at the Upper House beyond 2024.

He explained that he has observed that a huge portion of the county is underprivileged, a factor he says thatwith the introduction of Rescue, Restore, and Rebuild, will provide better opportunities and direction for both economic and agricultural advancement.

Representative Edward Karfiah was elected to the House of Representatives in 2011 and re-elected in 2017, but is vying for the senate with a message that many citizens feel is not resonating.

Many feel he has been part of the problem in the county, and can’t escape from it; while a few of them feel he should have been given a chance to prove his attitude at the Liberian Senate.

At the launching ceremony, Representative Edward Karfiah also provided several cartons of essential drugs to the Palala Clinic, as well as presented sets of jerseys to the young people of the Town.