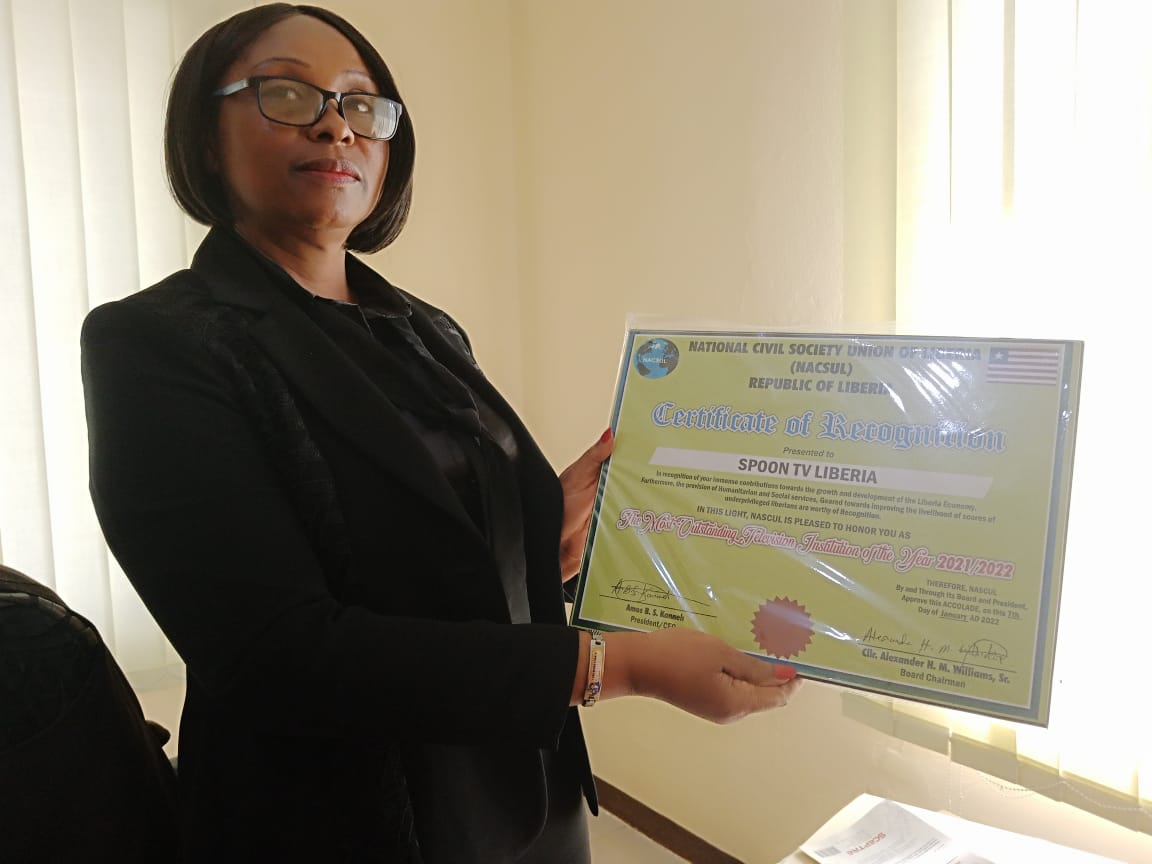 The Director General of the Spoon Group of Companies, Madam Tetee Karneh, has clarified that guests invited on the famous Spoon Talk show is not meant to denigrate others’ characters, but to discuss national issues in the interest of Liberia.

Madam Karneh spoke at the weekend in Congo Town, when the National Civil Society Union of Liberia honored and certificated Spoon TV as the Most Outstanding Television Station of the Year, 2021/2022.

According to her, the platform has been and will always be used for national stakeholders to outline issues affecting the growth and development of the country and citizens, not to create the space for confusion among citizens.

“The Spoon Talk show is a widely listened to platform, which serves the common good of all Liberians and is also used to highlight many challenges confronting our country and its people,” she said.

However, presenting the certificate of honor to the Spoon Group of Companies Director General, the Chairman of the Center for Intellectual Opinion, Adolphus Weah among other things, named the institution’s humanitarian services in the country as one of the key reasons for their recognition.